SACU was led by the Ministry of Industrialization, Trade and SME Development’s Executive Director, Steve Katjiuanjo, while India was led by Srikar Reddy, India’s Joint Secretary, Department of Commerce.

The discussions where centered on various aspects and how SACU which includes South Africa, Namibia, Botswana, Lesotho, Eswatini can achieve a PTA with India. The discussions also reviewed the progress made and discussed steps to quickly move forward on the PTA.

According to Katjiuanjo India is a strategic partner for SACU, adding that trade is currently in SACU’s favor, thus showing that the region is benefiting from access to the vast Indian market.

Reddy underlined India’s historically close ties with Southern Africa and its steadfast commitment to deepen economic engagement with this region.

“In 2019-20, trade between India and Africa as a whole stood at US$66.7 billion, of which the India-SACU trade was US$10.9 billion with an immense potential to expand further,” he added.

Meanwhile, the High Commissioner of India to Namibia, Prashant Agrawal, said that in these unprecedented times of COVID -19 pandemic and its economic challenges, economies of the region, including of Namibia, could vastly benefit by enhanced trade and commercial links with India’s US$2.9 trillion economy. 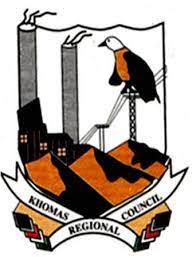