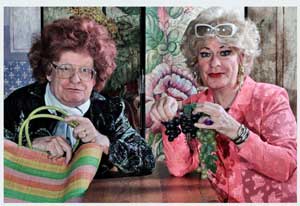 Pieter-Dirk Uys celebrates the 19th year of the rainbow democracy with ‘Adapt or Fly’, the one-man show that has taken South Africa by storm.

Evita Bezuidenhout is scheduled to grace the Namibian stage on 29, 30 and 31 August in Windhoek at the National Theatre. After sold-out seasons in Johannesburg, Cape Town, Pietermaritzburg and Durban last year, ‘Adapt or Fly’ is heading for Namibia!
The most famous white woman in South Africa, Tannie Evita Bezuidenhout, leads a company of characters that include Julius ‘Juju’ Malema, former apartheid minister Pik Botha, Kugel Nowell Fine, Mrs Petersen from the Cape Flats, the old Krokodil PW Botha, Madiba and the current South African president Jacob Zuma, all to put the smile back on faces.
South African slapstick comedian, Pieter-Dirk Uys as Evita, is joining his chorus-line of characters that include a motley medley of past South African National Party leaders (DF Malan, JG Strydom, HF Verwoerd, BJ Vorster, PW Botha and FW de Klerk), balanced with the more familiar quartet of ANC presidents from Nelson Mandela, and Thabo Mbeki, through Kgalema Motlanthe to Jacob Zuma and beyond.
Although many of the characters in the Uys bouquet are unfamiliar to a younger Namibian audience, Uys audacious portrayals often tread on the very precipice of indecency but in such a way that the underlying politician’s streak, can be appreciated by any audience familiar with the antics and false promises of the average wannabe president.
Thirty years ago Uys started his total onslaught against careless, corrupt and unacceptable politics with many visits to Windhoek with shows that reflected much of South West African politics too.
Careless, corrupt and crooked politicians and their cronies are still the primary source material for Uys’ hilarious portrayal of human reality.
‘Adapt or Fly’ is a personal political comedy along a familiar, long tiptoe trek to freedom, through the minefields of racism and sexism that have always made up the tarmac of the political freeway. Laughter at fear has always been Uys’s trademark, from the darkness of his first one-man show in 1982 ‘Adapt or Dye’, to the dazzling kaleidoscope of rainbow colours in this 2013 show ‘Adapt or Fly’. It is said when history repeats itself, it can take tragedy and turn it into farce. So banish the blues. Attend and enjoy the blacks, whites, browns, yellows and ‘others’ that make up the modern South Africa, and inevitably spill across its borders to impact the lives of its neighbours, ably facilitated by its most famous ambassador, Evita Bezuidenhout.
Tickets are available at the National Theatre in Windhoek at N$165.00 each. 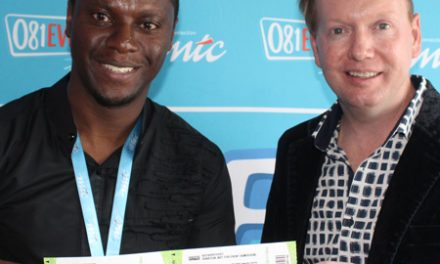 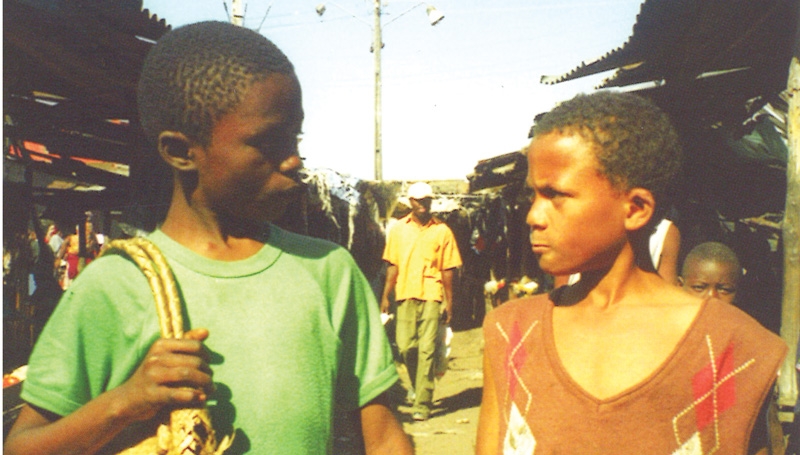