Anglo American recently granted approximately N$1,3 million to four Corporate Social Investment  projects to improve science education, mining research, and small business development.
The first handover of N$400,000 was presented to the Kawagas Science Project, which is a joint partnership with the Namdeb Foundation in cooperation with the Ministry of Education. The Schmelenville Combined School in Bethanie was provided with a science laboratory, while the upper primary schools in the Karas region received Science Kits, to provide over 5400 learners from 32 government schools better science education.
The Anglo American Foundation then provided a N$679,000 grant for the Namibian Institute of Mining and Technology for the completion of their buildings. Subsequently, 300 students and staff from the South will have an improved base for their training development.
The Anglo American Namibian Foundation further demonstrated its commitment to small business growth through a N$120,000 grant towards the marketing and strategic business planning of the Karas Huisen Craft Centre, which is situated in the Tseiblaagte community, an informal settlement of Keetmanshoop. The funding will be used to purchase new equipment, tools and learning material that will be housed in the Centre, as well as the training and development of management, to ensure a proper and sustainable business resources.
Finally, the Foundation provided a N$100,000 grant for the building of the Benguela Playground Project. Thanks to the Foundation and its partnership with the Lüderitz Town Council, with support from the Rotary Clubs of Claremont and Offenburg, more than 450 children from the informal settlements of Benguela will benefit from having a safe and welcoming playground in the community.
David Bentley, Chairman of the Anglo American Namibia Foundation, said it will continue to provide dedicated CSI support to Namibian communities, funded by the endowment left by Anglo American when it built and operated the Skorpion mine near Rosh Pinah.
“The Anglo American Namibian Foundation recognises that it takes a sustained effort to bring about meaningful change, and therefore, moving forward we will continue to work with partners who share our core objectives, which we hope will result in a  real difference being achieved for communities in need in Namibia.” 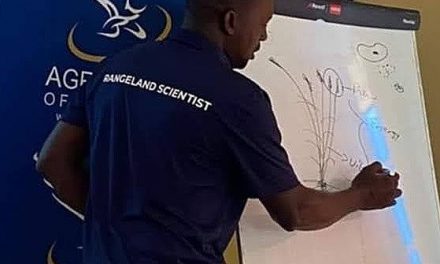 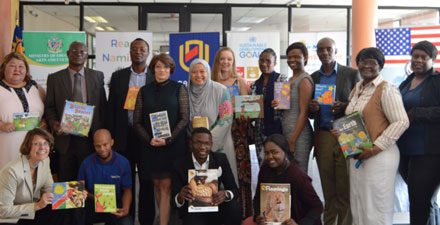 Read Namibia to promote the culture of reading