The Namibian fishing industry directly employs around 13,000 people and in 2012 earned Namibia $5.7 billion from seafood exports. Namibian Marine Phosphate says that by year three of their mining operations that they will be generating N$2.4 billion per year and will be directly employing 150 people. We must always remember that the fishing industry is a renewable resource which can provide benefits to Namibia forever, if it is looked after properly.
Proposed marine phosphate mining in Namibian waters has received a lot of attention recently, particularly as this is basically a world first if it becomes operational in the immediate future. Marine phosphate resources have been discovered offshore New Zealand by one company, but in the case of Namibia there are a number of international companies exploring the possibility of mining marine phosphate from Namibia’s sea bottom. The environmental implications of this are huge and both Namibians and those in the known internationally are watching closely to see if Namibia manages this issue responsibly.  Short term solutions will make Namibia’s future generations pay a price that they might well not be able to afford. And that will mean that we would have failed.
Namibian Marine Phosphate, which is 85% foreign owned has been the most vocal player.  According to their statements they are planning an opencast mining operation where they propose that within 3 years of being granted permission to start mining operations they will be dredging 5.5 million tonnes of phosphate rich sea bottom annually, which they will offload at Walvis Bay, and process this into 3 million tonnes of phosphate product.
Our concern as a fishing industry is that independent robust scientific research which clearly defines an onsite environmental baseline at the mining site, and gives a clear assessment of the potential environmental impacts of marine phosphate mining, must occur before any decision is made on whether or not to go ahead with marine phosphate mining.
Barnabas Uugwanga, CEO of Namibian Marine Phosphate, in his statement after NMP was made a member of the Namibian Chamber of Commerce and Industry on Monday 3 June, promoted the benefits that Namibia will gain from phosphate mining. He also stated his company had “submitted a sound and comprehensive Marine Environmental Impact Assessment”, and is currently waiting for the Ministry of Environment and Tourism to issue an Environmental Clearance for the project to advance into full development phase.
As the fishing industry we are concerned by statements such as this because we believe NMP is feeding the public misleading information. Their environmental impact assessment was all based on desk research with no on site scientific research to back it. In a separate newspaper article in the Namibian Economist on 24 May Mr. Uugwanga stated that it is fair that fishing communities and environmentalists have worries about marine phosphate mining but they need to be based on facts – this also is misleading. NMP’s research to date has not been based on obtaining necessary environmental facts to assess the impact of marine phosphate mining – that is what we are worried about. Independent reviews of the EIA by environmental specialists have shown that we are not the only ones with these concerns and we understand it to be fact that the EIA has been rejected by the Environmental Commissioner from the Ministry of Environment and Tourism, and NMP must now submit a new EIA.
We also see that NMP have been advertising in newspapers that “phosphate feeds and that they are working towards food security in Namibia”. Mr. Uugwanga stated that with the development of their marine phosphate project, Namibia is in a unique position to revolutionary advance the potential of the country’s agricultural potential. We see this as another misleading statement. Namibia is a dry arid country, not like countries with lots of rain that utilise a lot of fertiliser. We consulted with the Namibia Agriculture Trade Forum and were told that they did not think Namibia would use more than around 1,000 tonnes of fertiliser a year. They felt it safe to say that Namibia could potentially use 0.1% of NMP’s production. In other words the quantity is negligible, and certainly not a key part of NMP’s operation. We were also told that there is work underway assessing the Okorusu mine tailings near Otjiwarongo as fertiliser for Namibia, and that would be more than Namibia’s needs.
Now we hear NMP are proposing a N$14 million environmental verification programme which they will pay for, and they say they are committed to going to sea to execute the verification programme in line with requirements of MFMR and third party review. This they say is to make sure the fishing industry’s fears and worries are put to rest, as well as to make sure we see that there is “transparency”. Our worry is that this is tactically clever from their side because it keeps them in control as they are putting the money forward. If NMP employ the scientists to complete the verification study, there is a high risk they will employ the right people in their eyes, to get them the answers they want that fit in with the EIA they have written. For there to be genuine transparency, the research must be independent – NMP cannot be both a referee and a player at the same time.
Namibian Marine Phosphates is only 15% Namibian owned. If NMP’s marine phosphate mining project goes wrong, the foreign partners walk away, and we in Namibia are left with the legacy. 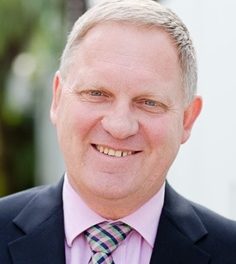 Be a patriot, join Team Namibia