BEIJING – Since the 1960s, more than US$4.6 trillion (in constant 2007 dollars) in gross bilateral and multilateral official development assistance (ODA) has been transferred to low-income countries. Yet extreme poverty and stagnant growth remain widespread. The message is clear: traditional North-South aid is not nearly as effective as it could be and should be.

A major problem is that, for the last two decades, Western donors and bilateral and multilateral development institutions have paid far too little attention to meeting the demands of structural transformation and industrialization, such as removing infrastructure bottlenecks in the countries receiving development aid. For example, developed-country donors have failed to invest sufficiently in Africa’s power sector since the 1990s. This failure has led to deindustrialization in many countries.

Far from designing aid programs that give developing countries the guidance they need to develop their manufacturing sectors and advance technologically, Western governments and development institutions have treated industrial policies as taboo. Compounding the problem, the standard ODA model separates aid from trade and private investment, hampering countries’ ability to exploit their comparative advantages.

Fortunately, there is a better way: South-South development cooperation. Because SSDC combines trade, aid, and public and private investment to capitalize on comparative advantages, it is far more effective than ODA at overcoming obstacles to industrialization.

Such an approach would facilitate transparency, accountability, and selectivity by development partners. Moreover, it would encourage sovereign wealth funds and pension funds to invest in developing countries, thereby facilitating public-private partnerships. And it would open the way for debt-to-equity swaps.

But for this approach to work, donors must update their understanding of debt sustainability, as defined in the joint International Monetary Fund-World Bank Debt Sustainability Framework. In particular, they need to rethink their reliance in recent decades on the debt-to-GDP ratio as the benchmark indicator of a country’s debt sustainability. In some cases, this narrow approach has discouraged development lending.

Consider China, which has been accused of engaging in “debt-trap diplomacy” for providing development loans to already-indebted countries. A recent study by the Center for Global Development warned that, because of Chinese-issued debt, the debt-to-GDP ratios of eight countries are set to surpass 50-60%. But, even if this is true, the risks are probably overblown. After all, many countries maintain comparable ratios, without serious consequences.

In fact, the focus on debt-to-GDP ratios is highly misleading, for three reasons. First, these ratios do not distinguish among types of debt (such as domestic versus foreign). Second, they disregard the debt’s purpose – that is, whether it is used for consumption (salaries or pensions) or investment. And, third, they ignore a debt-financed project’s long-term effects on GDP.

Fortunately, the IMF has begun to pay attention to the far more revealing metric of “public-sector net worth” (assets minus liabilities). Consider China again. After years of high infrastructure investment, its government has more assets than liabilities, meaning that its net worth is well above 100% of GDP – the highest among emerging economies. 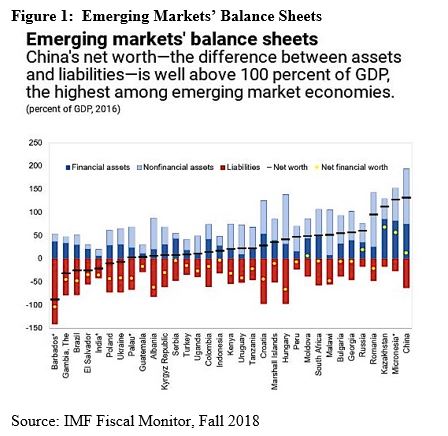 China’s net worth could be even higher, not least because of (potentially) larger-than-expected holdings of state-owned-enterprise assets. Moreover, though the Chinese government’s net financial worth (which excludes nonfinancial assets, the valuation of which remains uncertain) has deteriorated in recent years, it remains positive, at 8% of GDP in 2017. Subnational governments also possess substantial assets, including land and infrastructure – from hydropower stations to highways to Internet architecture – which could be used to create jobs and generate revenues that support debt servicing.

So, while China does face large debt-related risks, the IMF report concludes, its balance sheet is not exactly fragile. On the contrary, by enabling higher spending during economic downturns, China’s assets can serve as a powerful countercyclical buffer.

This underscores the value of using development assistance to increase a country’s stock of public-sector assets – precisely what China has been doing for its partners. Rather than condemn this approach as “debt-trap diplomacy,” Western donors and development institutions should be emulating it and carefully planning joint projects to ensure that they generate economic growth in the longer term.

Such an approach, if incorporated into a broader financing strategy that engages the private sector and nurtures countries’ comparative advantages, could sustain the development progress that has eluded so many countries for so long. The dawn of the new decade can and should be a turning point for global development. 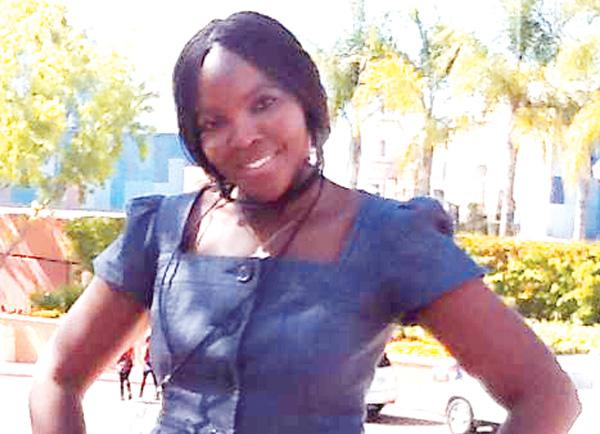 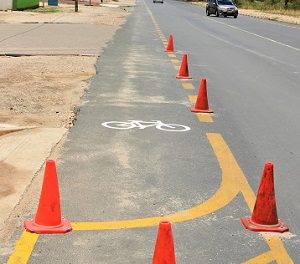