Mid-tier gold company, B2Gold has secured a US$150 million revolving loan facility that will be partly used to finance construction of the Otjikoto Gold Mine near Otavi.
The loan facility is underwritten by Macquarie Bank Limited. The syndicate includes HSBC Securities (USA) Inc. as a Lead Arranger with HSBC Bank USA, and National Association
who committed to fund US$50 million of the facility. Rand Merchant Bank committed to fund $25 million.
The facility comprises three tranches of US$50 million each for a total of US$150 million and replaces the existing US$25 million revolving credit facility with Macquarie Bank. The term of the facility, which has an interest rate of LIBOR plus a margin of 3.5%, is for a period of four years with a final repayment date of 28 March 2017.
B2Gold said the facility will be used to fund construction and development costs related to the Otjikoto gold project and for general corporate purposes.
Construction of the mine, which has a 12-year life of mine based on the probable reserves, started in earnest in January, although a formal ground breaking ceremony to be officiated by the Minister of Mines and Energy, Isak Katali is scheduled for later this month.
Construction is scheduled for completion in the fourth quarter of 2014 when mill production is expected to begin while the first full year of gold production is scheduled for 2015.
Based on current reserve estimates, the mine is forced to produce approximately 141,000 ounces of gold per year for the first five years at an average operating cash cost of US$524 per ounce
of gold.
The Otjikoto gold project is 92% owned by B2Gold, a Vancouver based company, and 8 % by EVI Gold (Pty) Ltd, a Namibian black empowerment group.
B2Gold is listed on the Namibia Stock exchange and on the Toronto Stock Exchange. 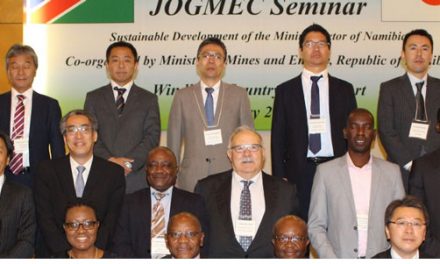 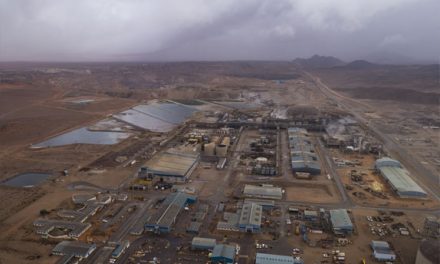