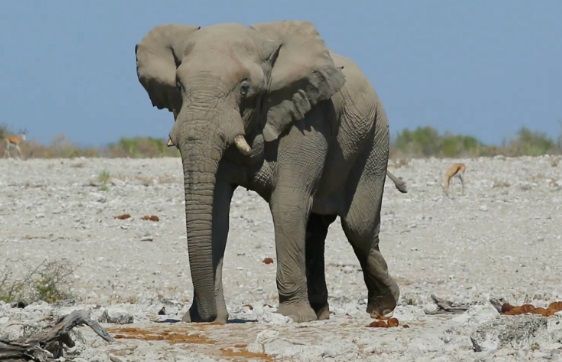 This whole dysfunctional debate about trophy hunting is starting to get nauseating. Every self-styled conservationist has jumped on the bandwagon, fuelling the fire with disinformation, skewed perceptions and blatant lies.

The direction the trophy hunting public discussion is going reminds me a lot of the equally senseless, baseless, fraudulent hoohah we had to endure about seals some years back. Same as the obnoxious propaganda went then, it is now getting to the point where so-called credible organisations wilfully lie, just to score a few points in public perception.

Trophy hunting is a good thing. There is zero doubt in my mind that hunting in general in Namibia is managed and regulated on par with the most ethical standards applicable anywhere in the world.

We follow a specific conservation policy which is based on sustainable utilisation and ownership. This was not the case thirty years ago before there was a so-called Community-based Natural Resource Management framework in place. This policy and operational framework are the key to all wildlife and natural resource utilisation.

It is the fundamental pivot of the mind-blowing success of local conservation and wildlife management and the benefits it has brought to local, especially rural communities. For those shortsighted bunny huggers, let me state a few facts so that people know exactly where they stand with me in this to and fro.

In 1990 at Independence, conservation was very much a white man’s thing based on a clearly definable colonial approach. In short, it meant there were certain areas for people and others for animals. Between the two was a big fence and nobody dared to cross that dividing line, unless of course, you were privileged and could afford an outing to the so-called “wildtuin” (game garden).

Indigenous people and communities were excluded and all the animals belonged either to land owners or to the state. You do not need to be a rocket scientist to figure out that communities who do not share in the spoils of wildlife, have no reason whatsoever to care about protecting that resource. In a sense it was fair game, and there are many anecdotes of how poaching became rampant before and after Independence because local communities could not care less whether an elephant or a lion or a rhino was dead or alive.

At least, when they killed it, they could sell the high-value parts to smugglers and illegal traders of whom there were also a not a shortage. Organisations like the Save the Rhino Trust had their hands full to protect the few remaining black rhinos in Damaraland.

Then came the whole rethink of land, of people and of animals. In this regard, the government must be applauded for taking a people’s approach because it was this fundamental mind shift that eventually led to a complete paradigm shift.

Under the Community-based Natural Resource Management plan, the first step was to return ownership of wildlife to the communities who share the land with the animals. This was a monumental achievement and we have never looked back.

The second major step was to protect this ownership in law through what is now commonly known as conservancies. The short and the long is that both the land and the animals belong to the resident community and the implication is that they are the custodians of this combined resource.

But for this to find traction in the minds of the very people who have been disenfranchised for so long, the resource had to have a value and it had to be exploitable. In pure economic terms, it meant that if there were no way of liquidating those assets that the people chose to liquidate for monetary gain, the animals would be liquidated indefinitely and permanently.

In comes hunting, fishing, photo safaris, cultural safaris, and what not, – all activities have the same goal in mind: to create an income for the people living there.

Now trophy hunting is maligned as an evil construct of a few deluded rich people who can afford the rates trophy animals usually fetch.

To state that the spoils of trophy hunting do not filter down to the population is absolute nonsense. The benefits come to the community members through a range of levies on top of the actual price for the individual animal. The presence of well-heeled hunters also bring other benefits like tracker fees, skinning fees, fees to prepare the trophy and many other forms of local short-term employment. And when it is a trophy hunt, the members of the conservancy get all the meat.

To state that trophy hunting diminishes the gene pool is just as big a load of rubbish and I can’t believe that any serious scientist still pursues this line of argument. A trophy animal is a mature animal, in the case of most of the antelopes, at least ten years, and in the case of elephants and rhinos, anything between 30 and 50 years. This translates to many, many, many offspring fathered by the trophy carrier in his lifetime. It is even probable that any trophy animal during his lifetime has killed more of his own offspring than any trophy hunter can ever hope, or aspire, to do.

When an elephant or a lion of which tour operators are fond, is shot because it is a nuisance in a local community, the greenies go nuts. For instance, I have yet to meet the ordinary Zimbabwean who knew about a lion called Cecil until its hunt caused a major uproar in Britain.

The same with the poor, one-tusked elephant shot in Omatjete.

The only reason why he was so popular with the tour guides is because he made their work easy. His whereabouts were generally known and tour guides with a group of anxious tourists wanting to see an ellie outside a formal protected area, informed each other by radio where he was last spotted. No hard work on the part of the tour guide, and no long hours slogging through the hot bush. And he became such a hot item for tour guides that they even gave him a name – shame! I have never before this incident ever heard of an elephant by the name of Voortrekker and I failed to find anybody else in my circle who has ever heard that name. It was purely a gimmick and a concoction of tour guides.

The problem lies in perceptions, and I am painfully aware how important it is to manage these but the whole outcry is based on false facts, – bush fake news in a sense.

The argument that trophy hunters are responsible for exterminating our game is patently false. They are helping to protect our game through the communities who benefit from having that game on their land. This is where Natural Resource Management comes in. Now that communities see and receive tangible benefits, they have become the conservationists and the protectors of both ordinary and high-value animals. And as any sane person involved with conservancies will tell you, there is not a better game guard than a community game guard.

Just a last point to ponder. Many of the game guards are former poachers. If poaching was so lucrative, why would they stop doing it and turn to protecting their animals instead. Because now they see the benefit from looking after it, and after all, it now belongs to them. It makes all the difference in the world.

Trophy hunting is not a free-for-all slaughter game as its opponents like to style it. It is a highly specialised form of hunting, controlled and regulated by law, and it does not happen without the consent of either the government or the conservancy members. It targets very specific animals in a very professional way. You can’t just grab your gun and go on a hunting spree. In Namibia at least, you will spend a long time in gaol if you do that.