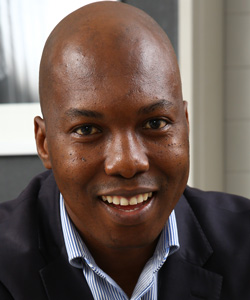 “In order for economies to grow, we need energy. Cost effective, clean energy is paramount. That is where natural gas comes into play,” said CEO, Founder of DNG Energy, Aldworth Mbalati in a recent interview with the Economist.

Mbalati who was in the country, for the third edition of the International Oil and Gas Conference held from 24 to 25 April through a presentation managed to showcase opportunities that Liquefied natural gas (LNG) holds.

At the event he presented the ‘Africa’s downstream outlook: Supply, Distribution and Logistics’ under the theme: ‘LNG virtual pipeline as a disruptor.’

Mbalati told the Economist that with the average age of an African today is 19,4 years, the continent has a young population that requires to be brought at least into middle class segment of the economy hence his vision lies with the LNG revolution.

“With LNG, large volumes of gas can be carried to remote areas in order to provide much needed energy. With that said, LNG is at best 50% cheaper to diesel and petrol. There lies the power of disruption,” he said.

According to him not only is it cheaper but will help a displacer if dirty fuel to a much cleaner option for the betterment of humanity.

Mbalati in a move to achieve this said his firm seeks to put LNG in a 40 foot ISO container that can easily be transported by road, rail and sea.

“The rail network will serve as the primary point of getting LNG distributed in the SADC region. The rail capacity is under utilized hence creating an opportunity of a vast distribution network,” he added.

According to him the virtual pipeline network will assist broadening the customer demand for gas and as a result will make exploration much more attractive. “It will strengthen the case of the gas economy,” he said.

Asked on what the role the large petroleum companies in the virtual pipeline will be, he said that, they were the first movers in the industry and it is fair play.

“Just like they were in our position in the infancy of the oil industry. Change has come and an opportunity has been created for indigenous compound to lead,” he added.

According to Mbalati in Africa’s downstream outlook, Namibia can and has the potential of becoming a hub for the Atlantic market and its neighbouring countries.

Mbalati’s current project at DNG Energy has taken the industry by storm, living up to its promise of providing the energy advantage for future Africa.

DNG Energy is currently bringing LNG to South Africa, and in doing so is making a cleaner, cheaper fuel alternative available to the market.

Mbalati first established DNG Energy in 2013. By 2014, he was already operating in Nigeria. In 2015, he commenced a widescale infrastructure programme that would see over US$5 billion of investments in the next five years, creating thousands of jobs, and driving economic growth.

In 2016, his company then developed an LNG Virtual pipeline solution for Ghana. In 2017, DNG Energy started identifying 400 sites near and next to Taxi ranks around the country, that would be home to state-of-the art, smart LNG refuelling stations.

And just last year, in 2018, Mbalati commissioned Southern African Shipyards to build the largest vessel by weight ever to be built on the African continent, and scheduled to go into service no later than 2020. 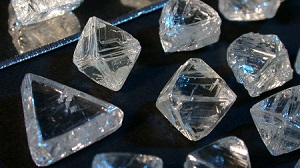 Tschudi mine on schedule