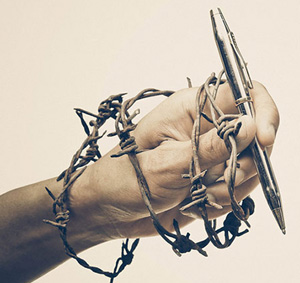 The past 10 days have been marked by three major events in the area of media freedom in the country, namely: Namibia’s slight improvement on the Reporters Without Borders’ (RSF) barometer for press freedom; President Hage Geingob’s announcement of the tabling of the Access to Information Bill in Parliament this year and, the Supreme Court’s judgement in the Namibia Central Intelligence Services (NCIS) matter against The Patriot newspaper.

According to the 2019 World Press Freedom Index released on 18 April, Namibia now ranks 23rd in the world and is once again being considered the country in Africa with the freest media environment.

Namibia has thus restored its position as number one in Africa, after being toppled by Ghana in 2018. The Index ranks 180 countries according to the level of freedom available to journalists. The RSF yearly evaluates pluralism, independence of the media, quality of legislative framework and safety of journalists, and not the quality of journalism.

Despite this improvement, the Editors’ Forum of Namibia wants to caution that Namibia is still not on the list classified as “good” in terms of press freedom. The RSF commentary describes Namibia’s position as “Real freedom but frequent threats”.

We want to remind government and the media, of President Hage Geingob’s remarks at the World Press Freedom Day celebrations in 2017 when he encouraged Namibia to become the country with the freest media environment in the world.

“We are talking about being number one, not just in Africa, but in the world. I often talk of the formula I have conceived: accountability plus transparency equals trust. For trust to be established, we need both accountability and transparency,” Geingob stressed at that occasion.

Four years ago when Namibia celebrated the 25th anniversary of the Windhoek Declaration on World Press Freedom Day, our ranking on the RSF index was at 17.

The EFN is worried about the decline in ranking over the past years and therefore welcomes government’s undertaking to table the Access to Information Bill in Parliament in 2019.

In a press release issued by the Presidency on the RSF index, as well as during his State of the Nation address the day before, President Geingob remarked “the media plays a pivotal role in shining light on processes, systems and institutions in a democracy, and should view itself as an integral component of our government architecture”.

“As long as our electorate put us here, our government will guarantee freedom of the fourth estate, which plays a constructive role in the Namibian House,” the President promised.

The EFN trusts that the President is not merely paying lip service to press freedom but is committing government to substantially create an open, transparent and secure environment.
For, the current (Stanley Simataa) and previous (Tjekero Tweya) information ministers, both promised the tabling of the Access to Information bill in the last three years, but it has yet to happen.

Without that, the pluralistic media in this country cannot investigate and critically report on issues that are harming the well-being of our society.
Journalists are increasingly frustrated by the fact that they often do not get open and transparent answers to questions submitted via official government channels. These struggles to access information from official sources inhibit good investigative reporting and undermine democracy.

This verdict by Namibia’s highest court sets a firm precedence for those who intend to censor the media in the name of “national security”. It is indeed a milestone victory for freedom of speech and democracy in Namibia.

Issued by the Executive Committee of the EFN
Tuesday, 23 April 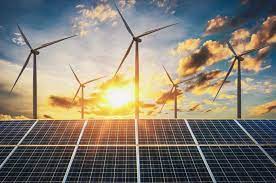