sardc.net – The long-awaited election in the Democratic Republic of Congo marks an important milestone on the path to recovery, stability and peace.

The Chairperson of the Southern African Development Community (SADC), the Namibian President, HE Dr Hage Geingob said this ahead of the polls initially set for 23 December, and later rescheduled to 30 December.

He said SADC remains fully committed to assisting the DRC to address its challenges, adding that it is critical for all stakeholders to “continue promoting a culture of tolerance and restraint and ensure that the elections are not only successful but also peaceful and transparent.”

“SADC wishes to further emphasise that the forthcoming elections represent a major milestone in the history of the DRC and are instrumental in establishing sustainable peace and political stability,” Dr Geingob said in a statement.

He said the recent and unexpected destruction of electoral materials caused by a fire that gutted some parts of the Independent National Electoral Commission (CENI) building in Kinshasa should not be allowed to dent progress made towards “holding successful elections within the mandated timeframes.”

Following the fire incident, CENI was forced to delay the elections by a week to allow time to address some of the challenges caused by the fire at its offices on 13 December.

Dr Geingob said SADC will “continue to closely follow the electoral process and will report its observations to the relevant SADC political Organ in line with the revised SADC Principles and Guidelines Governing Democratic Elections.”

In early December, the SADC Election Observer Mission (SEOM) was launched to observe the pre-elections phase, the elections, and the post-elections

Former Chief Justice of Zambia, Justice Ernest Sakala is head of the SEOM, which in the DRC at the invitation of the CENI and its conduct will be in consistent with provisions of the Revised SADC Principles and Guidelines Governing Democratic Elections.

As per tradition, the SEOM will issue a statement after the elections on the conduct of the poll.

Speaking at the launch ceremony of the SEOM, Sakala said the election observation mission for the 2018 elections in the DRC is a continuation of SADC’s support to bring lasting political stability to the country.

He said a total of 94 observers have been deployed throughout the country to monitor the elections and ensure that the polls are held in conformity with national, regional and international standards to promote lasting political stability to the country.

“On behalf of the SADC Electoral Observation Mission, I wish to appeal to all stakeholders in this great country to ensure that ensure these elections are managed in a peaceful, transparent credible manner.”

Sakala said that, prior to the launch of SEOM, the SADC Electoral Advisory Council (SEAC) was deployed in July and November as a precautious measure to inform the Ministerial Committee of the Organ (MCO) on the appropriate action to be taken in support of the electoral process.

Through the Liaison Office, SADC offered support to the DRC to attain sustainable peace, political stability and socioeconomic development, as well as to prepare for the forthcoming elections.

The SEOM is expected to interact with other regional and international missions invited by the DRC to monitor the elections such as the Africa Union and the European Union.

The expectations of the SEOM and other missions would be guided and measured mainly against provisions and requirements of the DRC Constitution, as well as the SADC Treaty, the Revised SADC Protocol on Politics, Defence and Security Cooperation and the Revised SADC Principles and Guidelines Governing Democratic Elections.

Some of the leading presidential candidates include former Interior Minister Emmanuel Shadary who has the support of incumbent President Joseph Kabila.

Others are Felix Tshisekedi, president of the main opposition party, Union for Democracy and Social Progress; and Vital Kamerhe of the Union for the Congolese Nation who came third in the last election held in 2011.

The elections in DRC were originally supposed to be held in 2016 when the second and final term of President Kabila ended.

However, various challenges, including internal instability and conflict in the east of the country, as well as lack of capacity of the electoral commission prevented the elections from taking place.

SADC has been seized with the political and electoral situation in the DRC since 1998 when the country joined SADC.

In August 2017 at the 37th SADC Summit held in Pretoria, South Africa, the Summit appointed former Namibian President Sam Nujoma as its special envoy to mediate in the peace talks.

The conduct of the forthcoming presidential election in the DRC should, therefore, be viewed in the context of these ongoing regional initiatives that are designed to bring lasting political stability to the country.

Southern African News Features are produced by the Southern African Research and Documentation Centre (SARDC), which has monitored regional developments since 1985. Website and Virtual Library at www.sardc.net.

Businesswomen of the Year 2015 Nominees 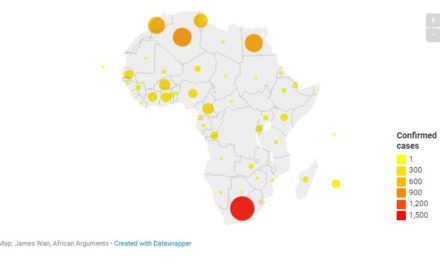 WHO concerned as COVID-19 cases accelerate in Africa

SUV with an attitude