In the fifth instalment of the Die Hard film series John McClane (Bruce Willis) goes to Russia in search of his rebellious CIA agent son Jack (Jai Courtney). The two have to rescue a Russian scientist, Komarov (Sebastian Koch) who turns out to be the villain, from the hands of a Kremlin agent (Radivoje Bukvi). They stumble into a murderous conspiracy involving Chernobyl and trafficking of uranium. Their relationship has not been all that rosy and Jack refuses to call his father ‘dad’ and is unhappy when his father gets in his way in the attempt to rescue Komarov.
Die Hard is dead and this is no ordinary funeral. One will be sceptical of any future form of resurrection the filmmaker may attempt. Maybe my expectations were too high but for that, I blame Die Hard 1, 2, 3, and 4. Firstly, it took ages for the plot to develop. Something nefarious was seemingly developing in the first 15minutes but it was slow and boring. The worst part is that the film isn’t that long and there are several parts which should have been added to the director’s deleted scenes list.
Die Hard has never been about the plot. That has always been secondary to what every fan wants to see: Bruce Willis kicking some arse. This is an ordinary bloke with a natural gift of getting the bad guys despite the heavy odds against him. He encompasses a tangible super hero. One who faces the same mundane problems that we all do but is undeniable good at the work he does. He is a cop who finds justice when there seems to be none. Now he’s old and frail and seems to be mainly interested in matters of the heart: boring!  Not even his quirkiness could stop the mourning. I tried to keep a open mind about the movie and even laughed at some of the jokes until I remembered that I was watching an action flick and not a comedy. Instead all I got was loud bangs of disappointment. The scene were the Kremlin’s men have the father and son on their knees and throw insults at the duo is sad more than it is funny.
There were certain high moments. The car chasing scene can be equated to those of Michael Bay (Director of Transformers). It was fun and exciting and the stunts were original. Those scenes were not only exciting but loud too. I think that is what kept me from dozing off in my seat. The unfortunate truth is that, based on Die Hard standards the rest of the action is mediocre. I have never left a movie with my thumb down but when I watched A Good Day to Die Hard, I did.
I feel a better person could have played Komarov. Koch’s role was supposed to be the ruthless Judas Iscariot, a betrayer kind of role, but his acting skills made the movie even more of a bore to watch. Let me not even start on his daughter Irina (Yuliya Snignir). She is frustratingly annoying and Radivoje Bukvić has little or no part in the film much as he is the villain. As much as I forced myself to like this movie I just could not get engaged in the film. Die Hard is dead, dead as the cold and dreary parts of Moscow where the movie was shot. 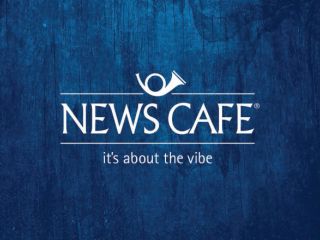 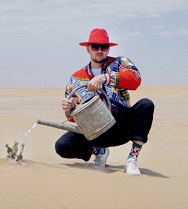