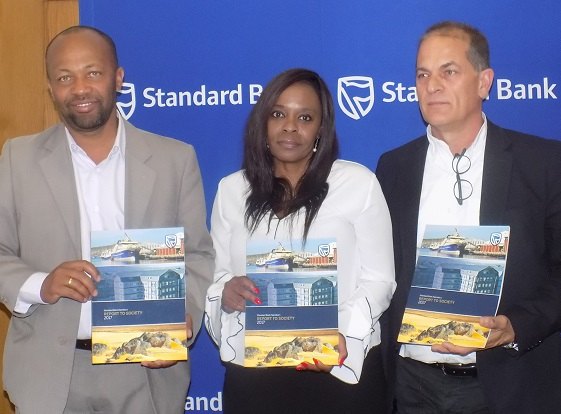 Standard Bank Namibia strives to be as transparent as possible, stated the bank’s Chief Executive, Vetumbuavi Mungunda, when he released the annual Sustainability Report earlier this week.

Labelled the bank’s Report to Society, Mungunda said is rare for a bank to be so transparent in their reports and they want to be as transparent as possible because it helps their stakeholders know what is happening with their money and their investment.

He explained that the report comprises five pillars: client focus, employees, risk and trust, financial outcome, and social economic environment outcome. “We want to make sure that all our stakeholders know and understand what role we play in society and these five pillars breaks it down to the simplest form,” he said.

He explained that the report is produced to record their belief that their sustainability is indivisibly linked to the success of the broader communities they serve. “As a responsible financial institution, we work closely with stakeholders to enhance financial security, create employment and build the infrastructure that secures a better future for all involved,” he said.

He said even though the economy faced a recession in 2017, they recorded a resilient 2017 financial performance, with after tax profit increasing by 1.2% during the year. “Our capital position and liquidity remained strong, with a total capital adequacy ratio of 10% and liquid assets comfortably above prudential requirements,” he highlighted.

He reiterated that transparency is very important to them and the report elaborates on programmes that worked well and those that did not work so well. All this information is presented to all the bank’s stakeholders so that they can be informed about the bank’s activities. 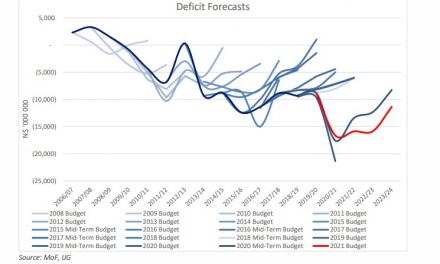