This week thousands of parents and pupils got ready for the new academic year, parents that could afford to pay for their children’s school fees and even those that couldn’t all got geared up for the mushy feelings of sending their children into new grades, with the implementation of the Universal Primary Education which was announced earlier last year by the Minister of Education. The news was warmly received and every one would agree with me when I say finally the government does something right.
The were reports of several parents demanding back the money they paid for school fees and some returning stationary which they had bought from shops because of  the government’s announcement on the implementation of free pre-primary and primary education. I was appalled when I heard the news, my immediate thought was how can parents be so inconsiderate about the stationary shops and the future? How can they demand back money that might have been used already by the schools? Am sure some of them were hoping to ease the January pinch with that little bit of money. But what makes them so sure that the stationary will be available on the very first day of school and that it will be enough for all the pupils? What if we have a situation like the text book debacle in Limpopo in our neighbouring country South Africa? Don’t get me wrong, I am not saying that we should doubt the government’s ability to deliver when they say they will, what I am saying is that as parents it is our duty to provide for our children. After all, education is a shared responsibility. It is such a shame that parents are also looking to the Ministry of Education to cater for highlighters, flip files and coloured pencils.
The effective delivery of public services is a key test of legitimacy for the government. The success trials of the delivery of services threaten to send Namibia into a spiral of deterioration and it already  seem that way with the way parents are behaving, not long from now we will be hearing some non appreciative parents complaining about how the government has failed them and their children and how we are taking one step forward and two steps backwards towards vision 2030.
Many of the government’s strategies are geared towards assisting and supporting schools and improving learner’s reading and writing skills but the real cultivation starts with the parents at home. As parents we should not not forget our roles as educators, we are our children’s first educators. As the saying goes ‘charity begins at home’.
That shouldn’t be the case, the free pre primary and primary education vision can only work if parents work together with the government. The decision to give free education to  pre and primary school learners is one of the most important moves by the Namibian government since independence, it is also important for the civil society to approach the matter in good faith and remember that it takes a village to raise a child. Or in this case it takes a village to raise a lawyer, a doctor and the nation’s next president. I urge all the parents to do away with the ‘government must provide for everything’ notion and remember that teachers and the government cannot replace them as educators and as providers for their children.
Let us rejoice in this very important milestone and keep in mind that educational resources are fundamentally the responsibility of we the parents of the learners and not just the responsibility of our government.

Society’s most vulnerable at highest risk from Corona 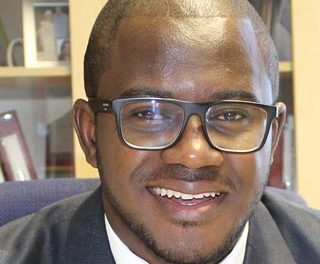