Ministers responsible for gender and women’s affairs in member states of the Southern African Development Community met this week in Johannesburg to discuss the progress on gender parity in all SADC countries.

Hosted by South Africa, the discussions focussed on achievements under the SADC Protocol on Gender and Development and the SADC Workplace Gender policy.

Welcoming her colleagues to South Africa, their Minister of Women in the Office of the Presidency, Hon Bathabile Dlamini, said the SADC community is two years away from the end of the Revised RISDP 2015-2020, and now requires an update on its implementation.

Listing the seven targets formulated and adopted in the RISDP, she said all member states must finalise National Gender Policies for implementation by 2020.

These policies are support by gender mainstreaming across SADC and by budget allocations to improve gender capacity and to measure progress in all member states. Furthermore, a universal SADC Gender Violence strategy must be approved by all member states and implemented at regional level. The meeting of ministers also discussed several policies and their implementation, all benchmarked to a specific timeframe.

Ultimately, all progress must be measured against Sustainable Development Goal No. 5 on the promotion of gender equality and the empowerment of all women and girls.

SADC Executive Secretary, HE Dr Stergomena Lawrence-tax said “SADC places gender firmly on the SADC Regional Integration Programme of Action and Agenda, and recognises Gender as an important cross-cutting issue and enabler of regional integration, as enshrined in strategic SADC instruments, and as operationalised through the SADC Protocol on Gender and Development.”

Pervasive Gender Violence is one of the main motives for fast tracking the implementation of the adopted policy instruments, a point that was first minuted at an earlier meeting in 2015.

“This matter, was further discussed during a Joint Meeting of Ministers Responsible for Gender and Ministerial Committee of the Organ (MCO), which was held in August 2016 in Maputo, Mozambique, where the Secretariat was directed to mobilise resources and conduct a Comprehensive Gender Violence study. The study is to come up with indicators that will serve as a baseline on the prevalence of gender violence in the region,” Dr Tax reminded the ministers.

Work on this study is in progress and a report will be submitted at the next ordinary meeting of SADC ministers of gender and women’s affairs, she indicated.

“As a region, we are required to report progress [on] the implementation of the Protocol on Gender and Development. It is worth noting that the Regional Progress Report is prepared based on national reports, which are consolidated into the annual SADC Gender and Development Monitor,” she stated.

On gender parity within SADC structures, she said “I wish to inform you that during the most recent recruitment, the SADC Secretariat endeavoured to implement these decisions. So far out of the 7 recently recruited directors, 3 are women, out of 13 senior programme officers 6 are woman, and out of 28 programme officers 8 are women. 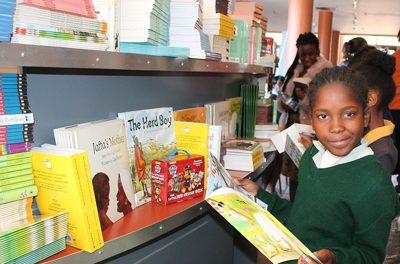 ICT professionals merge into one association