A two year project funded by the European Union to the tune of N$3,5 million and implemented by the Museums Association of Namibia will contribute to the establishment of two permanent museums in Namibia, the Museum of Namibian Music and the Zambezi Museum.

The project also aims to develop of two mobile exhibitions and catalogues on San and Ndonga history and cultures.

The Association stressed that cultural diversity is what provides Namibia with its unique flavour and appearance. However, many of the objects that reflect pre-colonial belief systems and demonstrate the techniques and materials used to make things can no longer be found in our communities.

MAN noted the project is relevant and important since mass production is replacing individual craft work and plastic and other synthetic materials are replacing the organic materials used in the past.

In this context, the MAN recently organized a workshop in Ondangwa that aimed to show one way in which cultural knowledge can be preserved or revived.

MAN also intends to produce a small, traveling exhibition that will be available to be shown in other regions of the country.

“We believe that it is important that young people are aware of their cultural roots. We believe that, whilst this collection relates to Ondonga, the project can be seen as a model. The process can help repair the psychological damage that has been done to young people who have `lost’ their culture. We hope that, in the future, such partnerships might be extended. MAN would like to see the repatriation of some objects to support the establishment of new community-based museums in the regions that would be sources of inspiration,” Dr Martha Akawa, Vice-Chairperson of the Association, said.

It is envisaged that the project will raise awareness about the importance of some of the historical artifacts that are found in some homes and encourage families to donate them to their local museum for preservation. 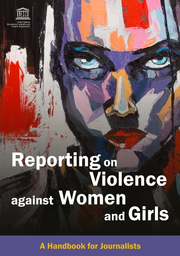