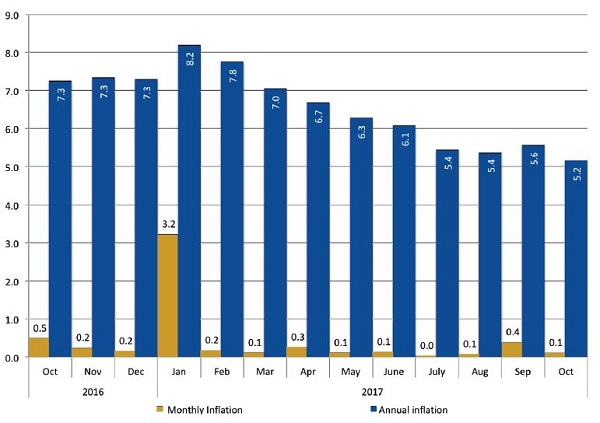 Headline inflation for October measured 5.2% reversing the previous month’s slight uptick and resuming the downward trend which began in January this year when annual inflation, measured monthly, was at an alarming 8.2%. Headline inflation is now substantially lower than a year ago.

Month on month, inflation decelerated, increasing by only 0.1%, also reflecting the reversal from September when the monthly increase was 0.4%. Although September’s monthly inflation reading was the highest this year so far, since January monthly inflation recorded a reading of only 0.1% in five of the ten months. This brought average annual inflation down to 6.4%, 0.2 percentage points lower than for the first ten months of 2016.

The slowdown in the rate at which inflation increases resulted from lower monthly readings in the four main categories i.e. Housing, water, electricity, gas and other fuels (8.6%), Education (7.8%), Transport (4.4%) and Alcoholic beverages and tobacco (5.7%). Together these four categories constitute almost three quarters of the total inflation basket.

The highest monthly inflation, year on year was recorded for Housing, water, electricity, gas and other fuels, and for Education. While inflation moderated on a monthly basis, these two categories outpaced the 2016 readings indicating lingering inflationary pressures in the categories affecting most ordinary Namibians. 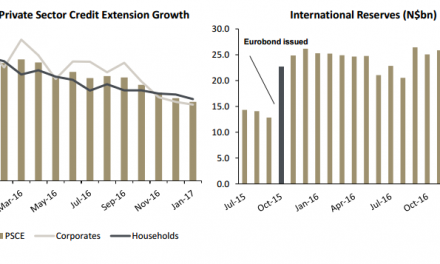 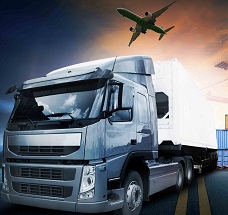