LIBOR’s existence hanging in the balance 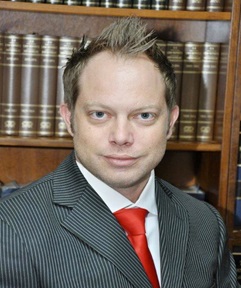 On 27 July 2017 Andrew Bailey, the Chief Executive Officer of the UK’s Financial Conduct Authority (FCA) announced the likelihood that LIBOR will cease to exist at the end of 2021. He said: “over the past years I, and my predecessors and colleagues at the FCA, have spent a lot of time persuading panel banks to continue submitting to Libor. We have been concerned that withdrawal of panel banks would weaken the representativeness and robustness of the rate. And we have been concerned about the risk that if one or more banks leave, other panel banks would want to do the same.” The announcement comes at a time when uncertainties already exists in respect of Brexit and the state of the wider global economy.

After the 2008 financial crisis and the scandals that was discovered in the aftermath, panel banks have, in order to ensure that LIBOR cannot be easily manipulated engaged in various reforms in order to ensure that the rate is set in manner that more correctly reflects the amount that banks would pay when lending from each other. After the financial crisis and since the reforms, banks have reduced their borrowings from one another and the very activity required to determine LIBOR has reduced to such an extent, according to the FCA, that it is no longer a base rate that is truly reflective of interbank lending rates. According to Bailey: “If an active market does not exist, how can even the best run benchmark measure it?”

The question now is what will replace LIBOR as a reference rate. Some have suggested SONIA, an overnight rate in the process of being reformed and administered by the Bank of England and to be based on the interest rate paid on wholesale unsecured overnight loans. By contracts SONIA is a backward looking benchmark rate whereas LIBOR is forward looking.

Market participants who utilise LIBOR will now not only be under pressure to cater for Brexit and the impact same may have, but will also need to consider the implication of the possible end of LIBOR on their operations. Such implications may be in the form of documentation used in respect of their various facilities as well as existing facilities. The participants would need to consider whether the documentation in respect of their facilities caters adequately or at all for an eventuality where the applicable base rate no longer exists.

It may be the case that the screen rate approach has been adopted in various applicable documentation in respect of multi-currency loans or Eurobond Programme documentation, whereby LIBOR is used as the reference rate. In respect to loan documentation the norm has been to provide for an event to determine a reference rate, where the one relied on cannot be obtained. Such determination is then made then by the lender or facility agent choosing a replacement reference rate being the closest approximate rate that the lender is reasonably able to quote at such time taking into account prevailing market conditions at such time and the lender’s actual cost of funding and so as to ensure that the lender receives the same return on the principal the original reference gave to it. The latter may not be practical and it is doubtful whether borrowers’ would be in favour of the reference rate being determined for the remainder of the facility as contemplated.

In respect of bond documentation, the lack of the underlying reference rate being available is not contemplated in most instances and the most recent reference rate in respect of any interest period is then resorted to. It may then be the case that any tranche of notes issued at a floating rate and using LIBOR as the reference rate, may result, in the absence of LIBOR, in the interest attaching to the tranche of notes becoming a fixed rate, which may not have the desired outcome for investors.

There can be no doubt that the end of the 30-year reign of LIBOR will have a significant impact on the manner in which banks and other financial institutions determine their reference rates now and in the future.

How to identify and mitigate risks in a small business 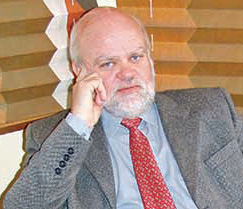