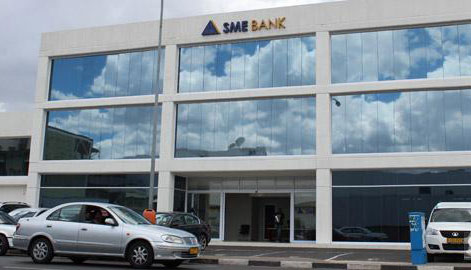 There is no way back for the sinking SME Bank as two provisional liquidators, Ian Mclaren and David Bruni have been appointed by the Master of the High Court to manage the affairs of the bank in the interim until a final order is issued.

Depositors of SME Bank discovered with a surprise on Tuesday morning that the small business bank has stopped operating and all transactions arrested until further notice. Several disturbed SME Bank clients called the Economist to find out what possible recourse is available to get their funds released from SME Bank accounts.

Also on Tuesday 11 July, Deputy Director: Corporate Communications, Israel Zemburuka confirmed that the bank has ceased trading after the High Court of Namibia granted a provisional order for the winding up of SME Bank in terms of an urgent application brought by the Bank of Namibia.

According to Zemburuka, “the operations of SME Bank shall be under the management of the provisional liquidators.”

Business liquidators have the responsibility to collect and assess all recoverable assets of the company and settling all claims against the company before dissolving the company. An economist at a loca bank explained to the Economist that the loan book will probably be sterilised to remove defaulters whereafter the “good” part of the loan book will be flogged to a bidder, in all likelihood one of the established commercial banks. “But this process can not be drawn out indefinitely because any business disruption for the SME Banks existing clients works adversely on the value of the loan book” he said.

The Bank of Namibia a week ago had initiated proceedings in the High Court of Namibia seeking the winding-up of the Small Medium Enterprises Bank (SME Bank).

When Zemburuka was asked last week if there are potential suitors who had their eyes on the defunct SME Bank, he then said that at the moment the bank can not comment on the issue.

Meanwhile, Bank of Namibia Governor, Ipumbu Shiimi also last week stated, “While the Bank of Namibia is aware of the anxiety these actions may cause to employees, depositors, creditors and other parties, it nevertheless calls for calm during this period and urges all stakeholders to cooperate fully and exercise the necessary patience.”

Also on Tuesday, firebrand social activist Jobs Amupanda lamented on social media that N$200 million is lost and that nothing will be done while those responsible will be exonerated because of the high public offices they occupy.