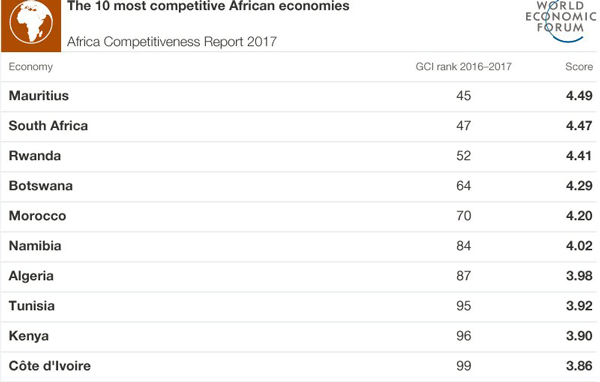 The Africa Competitiveness Report ranks Namibia 84th out of 138 countries, a notch lower from last year’s assessment by the World Economic Forum.

An Executive Opinion Survey garnered from a panel at the World Economic Forum from 2016 listed the top five factors that hinder the ease of doing business locally.

The panel ranked access to financing, an inadequately educated workforce as the highest hindering factor while inefficient government bureaucracy and poor work ethic in the national labour force did not lag far behind the persistence of corruption.

From the list of these factors, among others the respondents showed supporting evidence that some tech start-ups in Namibia among other countries such Ghana, Kenya and South Africa have captured international attention, appearing in Forbes lists of emerging companies.

“The challenge for these countries is to restructure their economies to become competitive in a modern world, and pockets of excellence may not suffice to achieve this goal,” the report read.

According to the report, Windhoek is among five cities from the more advanced countries that have an average GDP per capita of US$13,360, which is 16.7 times the average income per capita of the bottom 10 cities.

Together with the basic requirements of the subindex of the World Economic Forum’s Global Competitiveness Index it is predicted that African countries are not equipped to transition to a Fourth Industrial Revolution economy.

Even the most tech-savvy countries such as South Africa which is ranked 58th in Information Technolgy use, Mauritius (72nd), Botswana (83rd), Namibia (96th), and Kenya (105th) are still far behind in the frontier to become early adopters.

Meanwhile, the availability and use of broadband technologies and infrastructure remain limited even among the regional leaders and this WEF said is mostly due to the fact that participating in the digital economy requires adopting international Information Technology standards and that it will be difficult for any African economy to compete in providing services or to benefit fully from receiving services in the primary, secondary and tertiary industries.

Analyzing the results of 35 African economies included in the Global Competitiveness Report 2016–2017 reveals that African competitiveness is still lower than in other regions and convergence has stagnated.

Furthermore, the insufficient progress made by African countries on much needed structural reforms during the past decades of sustained growth has put Africa on a weaker footing, less able to respond to a less positive economic outlook going forward and less well-equipped to take advantage of the demographic shifts that will increase the shares of the continent’s young population. 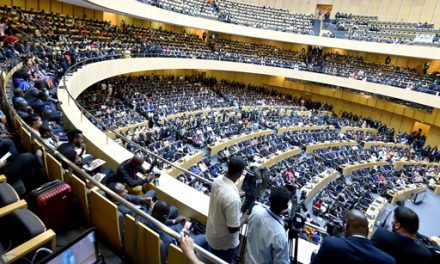