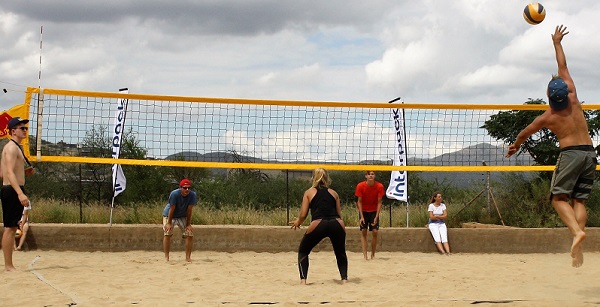 An unprecedented 28 teams participated last weekend in the Interpack mixed beach volleyball grand slam at the DTS Beach Arena in Windhoek. Not only were they competing for the grand slam title, they were also playing for the N$7500 prize money divided between the three categories.
In the Youth Mixed competition, Emma Engel and Nino Leicher came out tops with Diane von Ludwiger and Christof Serrer in second place.

The Mixed 4-a-side category saw 4 teams battle it out, in a round-robin with the top two teams playing a final and the bottom two playing for 3rd/4th place. In a very closely contested group stage, Unstoppables and Spikepower came out on top leaving Phoenix and Spikoholics to play for 3rd place.

Group A saw Kristin Schulz and Fabian Pfeifer win all their games and finish top and Rosi Hennes and Heiko Prior coming second.

In Group B last year’s champions Carmen Curschmann and Jan-Eric Sack went through the group stages winning all their games, but with 3 out of the 4 games needed to be decided by 3 sets. A similar trend also happened with Kim Seebach and Andriko von Ludwiger, they won 3 out of 4 matches and also 3 matches went to 3 sets.

The semi-finals saw the Kristin and Fabian trade beach volleyball blows in an amazing demonstration of defensive skills. Another 3 set match saw Kim and Andriko win to advance to the final and Kristin and Fabian go into the 3rd/4th place match. In the second semi-final Rosi and Heiko played against 2016 Champs Carmen and Jan-Eric. Only 2 sets were needed to split the two teams and the more consistent service of the Rosi and Heiko saw them take the win and advance into the final.

The final started under the setting sun and dark clouds, the perfect backdrop, worthy of a final.
Very quickly Rosi and Heiko took a lead with good serve-receive and aggressive attacking options which Kim and Andriko were not able to keep up with, who always a few points behind. In the second set the same pattern unfolded and the confidence of Heiko grew and gave the opposition no way back into the match. Rosi and Heiko took the final 2:0, 21:13, 21:12 to take the title of Interpack Mixed Grand Slam Experienced Champions 2017, Heiko’s first tournament win, with likely many more to come.

The tournament was sponsored by Interpack as main sponsor and Red Bull with refreshments. 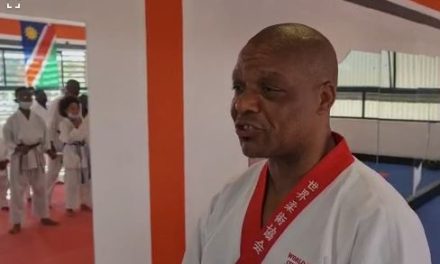