I have my doubts about La Nina. An interesting article showed that meteorologists are downgrading their optimism on the prospect of La Nina. Their early optimism was probably an indication of hope and optimism in the face of the drought. And empirical rationalism always works best in hindsight. Consensus is now trending towards neutral conditions, so average rainfall if we are lucky, but expect the water woes to continue. Even if there is rain, it will take years for the stock of water to recover.
If it does rain, there is the threat of a reduction in water saving. People will not take the long-term view that drought is a recurring Namibian phenomenon, and that water saving should take place regardless of whether Namibia is receiving good rainfall or not.
What this leads me to is that there are two types of water culture needed, the current, short-term emergency culture and a permanent culture of water saving. The current emergency culture is tenuous. Judging by the furore and surge in water use after a erroneously optimistic article, the medium to long-term aspects of water culture have not taken root at all. The emergency aspect requires that each individual should use not more than 90 litres per day. This appears to be a standard for all the central towns. Figures for 2010 shed further light on this. The interesting thing is that in informal settlements with very little provision of household water other than central taps, the figure is about 27 litres per day, far lower than middle to upper-income segments. If the figure holds true, the target for behavioural change has to be the middle and upper segments.
The question is how to go about developing a culture of miserliness towards water usage?
The Windhoek municipality has issued messages about water saving since about 2012 but these messages have obviously not taken root. The slogans have however been generic: ‘save water’. They have not spoken of the consequences, nor have they spoken of specific measures to save water. Only now is the saving beginning to take root, as the urgency is becoming apparent. There is now relatively widespread awareness of the need, and the specific measures for personal and household usage are being disseminated. This has to be far more pronounced and widespread to the best of my knowledge. That should have a have a visible impact.
Three aspects jump to mind though that need to be addressed. Firstly, recent economic research points to the need for strong controls over common resources, especially where the common resource is under threat. In essence, where there is a threat to the common resource there will likely be a run on the resource in a free-for-all, before the resource runs out.
Secondly, the most effective control will not be fines and punitive cost increases. In the book, Freakonomics, author Steven Levitt described a scenario in which parents were fined for late collection of their children from a nursery. The parents did not treat it as a punitive measure, rather as a cost increase for a service. In the case of water, fines and punitive rates might be accepted as a reasonable cost increase, leading to ongoing overuse of water rather than a reduction in water use. This leads me to the third point.
Currently regulation of water is institutional. The regulation is third hand, and not experienced directly. The institution represents the interests of the group, but not the group itself. The group however has greater power to influence behaviour through belonging.
So at this point, group opprobrium, leading to the threat of and actual social exclusion appears to be the best hope. In other words, individuals have to communicate to individuals and influence them.
The simple message is that abuse of water by one individual comes at the expense of the individual passing on the message. Ultimately this will be the most effective way of creating behavioural change in the short, medium and long-term. 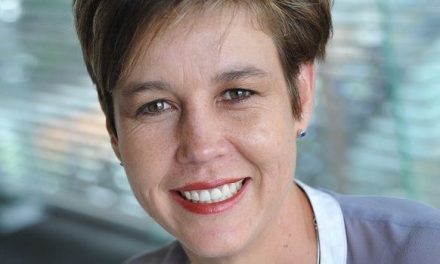 Improve your game from your inbox – Control your emotions