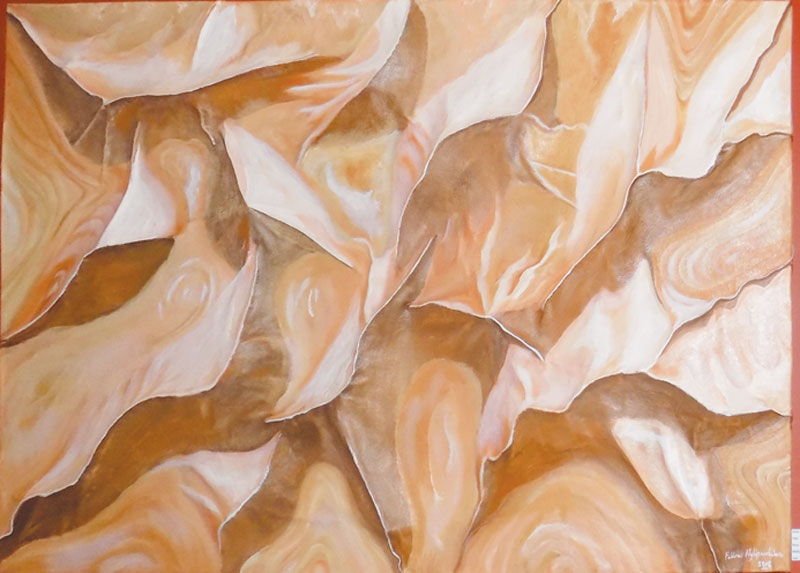 Inspired to become an artist by his elder brother’s drawings in the sand at the age of 4, Fillow Nghipandulwa this week opened his first solo exhibition at the FNCC Restaurant La Bonne Table restaurant in Windhoek. The art works which capture the desolate, dry and stretched-out landscapes of Namibia are on display until 28 October 2016.
Taught by Joseph Madisia the art of cardboard printing, and later formed at the College of the Arts, Fillow Nghipandulwa is a very eclectic artist. Through his 2D and 3D works using mixed media, his favourite theme is typically Namibian landmarks such as the Namib Desert or dry pans and rivers.
In an interview with the Economist, the outspoken artist shared a few words on his artworks.
In a humorous manner, Nghipandulwa tells me to refer to him as professor, saying that he was born in a small village in Northern Namibia, called Okaku. Nghipandulwa recounts his artistic journey explaining that in the apartheid era, he was not exposed to modern things like kindergarten, thus he would mostly occupy himself with creating toy cars out of wire and cans. He also loved to draw. In his career, he has taken part in about 25 exhibitions, held mainly in the North which included both solo and group exhibitions. Delving into the artistic processes he uses to create his works, the artist explains that creating a work of art is similar to the culinary arts, as his paintings are mixed media works that involve different ingredients, which he calls his “secret recipe”. “Just like John Muafangejo, who created the specific craft of making lino-cut cardboard paintings, in my paintings of the desert, I use a specific technique which involves different materials, aside from the paint” he explained.
The theme of the current exhibition revolves around the unforgiving yet beautiful empty spaces that stretch far across Namibia’s horizon, however Ngipandulwa touches on the subject of water in his works. In his paintings of water buckets and abstract paintings of landscape, the colour blue is used as a mysterious omnipresent entity throughout the paintings. These paintings are titled “Where is the water? alluding to a body of water, known as an aquifer, that flows under the surface. The proceeds from his Namib Desert paintings will go to children from the Cancer Association of Namibia, the artist said quoting his favourite one liner “It’s never too late.” He applies this wisdom to all aspects of his life. 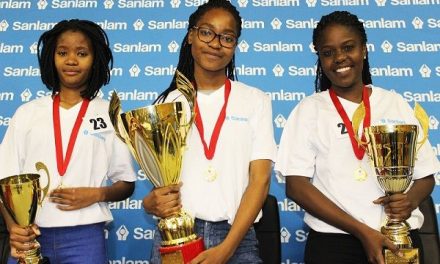 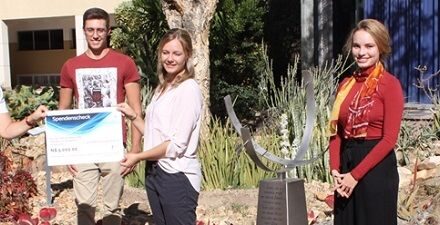