More than 120 medical experts from eleven different African countries are expected to convene in Windhoek next week for a four-day HIV Viral Load testing workshop at the Safari Court Hotel.
Viral load testing is recommended by the World Health Organization for monitoring treatment of patients who are on antiretroviral therapy (ART).
The workshop is the first of its kind to be held in Namibia. Clinical and laboratory experts in the HIV field will discuss and share strategies and country experiences to improve efficiencies for increased HIV Viral load testing and uptake of results for patient management.
“Hosting the HIV Viral Load workshop is an important milestone for Namibia worth celebrating and acknowledging. Namibia is one of the top three African countries in provision of viral load testing to people living with HIV who need the test. Monitoring HIV treatment through viral load testing is important to detect treatment failure which can cause HIV patients to get sicker or even die from HIV” the US Embassy said. The embassy facilitates the workshop with support from the President’s Emergency fund for AIDS Relief (PEPFAR).
PEPFAR supports Namibia to achieve the UNAIDS 90 90 90 targets. This translates into identifying 90% of all people who are HIV positive, getting 90% of them on lifesaving ART and making sure that the virus in 90% of people on treatment is fully suppressed or under control.
“Viral load testing is a critical element in HIV treatment because it enables early identification and confirmation of HIV treatment success. Without viral load testing, patients may be continued on failing HIV treatment regimens increasing their risk of developing drug resistance”, said the US Ambassador H.E. Thomas Daughton.
The technical workshop on Scaling up HIV Viral Load Testing and uptake of the results through improving the efficiency of systems is funded by the US government through the PEPFAR programme and is organised by the African Society for Laboratory Medicine in collaboration with the US Centers for Disease Control and Prevention (CDC).
PEPFAR continues to support the government to expand viral load services. In 2015, PEPFAR spent more thanUS$1,823,000 and will spend an additional US$1,467,000 in 2016 to expand access to viral load testing capacity.
It is estimated that 71% of the patients is able to get this test done on routine basis to detect treatment failure early before patients get too sick.
“In 2015, approximately 71% of patients on antiretroviral therapy had access to viral load testing per Namibian National Guidelines. Our target now is to reach 100% coverage,” said Ambassador Daughton. 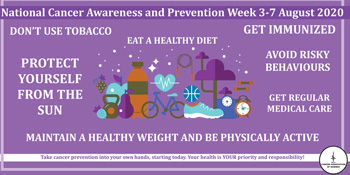 Boost your immune system this Cancer Awareness Week says CAN 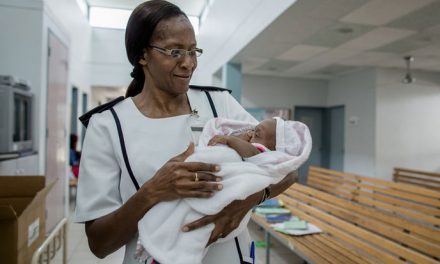 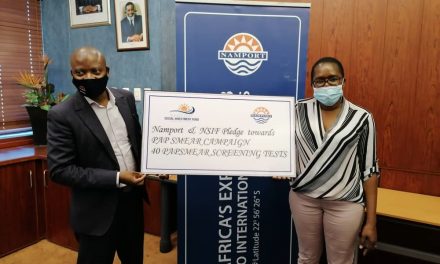