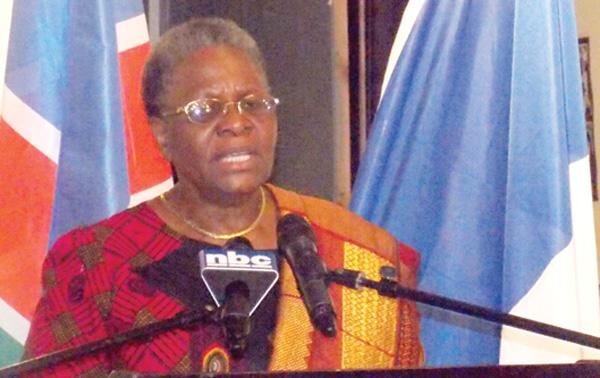 As a gesture to celebrate Namibia’s 26th independence day, several art galleries collectively held an exhibition to showcase one of Namibia’s most quaint forms of art, printmaking inspired by the legacy of John Muafangejo. The diverse pieces were presented at the Franco Namibian Cultural Centre and the National Art Gallery. They are on display until 11 April 2016.
This patriotic exhibition of Namibian printmaking was filled to the brim with artists, crowds of art enthusiasts as well as dignitaries such as the former Prime Minister, Hon Nahas Angula and Deputy Prime Minister Hon Netumbo Nandi-Ndaitwah. While celebrating printmaking milestones, the exhibition provides insight into the work of different artist exhibiting 80 diverse and visionary works created since 1990 by some of the most technically astute printmakers alive.
Speaking at the event, Hon Nandi-Ndaitwah delved into the history and importance of printmaking in Namibia. “It is a perfect coincidence we also celebrate 26 years of Art in the House as this is a ground breaking printmaking event that tries to highlight different perspectives by distinct Namibian art.” The Deputy Prime Minister further explained that Art in the House creates a platform to position Namibia on international art scenes.
She recounted how she was once a student of John Muafangejo, a pioneer of art in Namibia. She elaborated that Muafangejo was a dedicated artist who depicted untold African stories with his art work. “Muafangejo mostly derived his inspiration and themes for his art from his personal feelings, experiences, radio news, lyrics and traditional music. His pervading consciousness of the struggle of the black people living in a country divided by racism and the horrors of the war, inform many of his works” the Deputy Prime Minister said.
The exhibition consists of inked canvases of abstract art to vividly captured scenes that are reminiscent of Namibian culture. Participating in this month-long exhibition are celebrity talents such as Alpheus Mvula, Papa Shikongeni and Joseph Madisia. 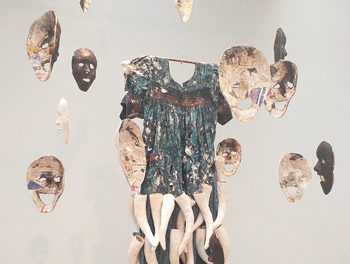 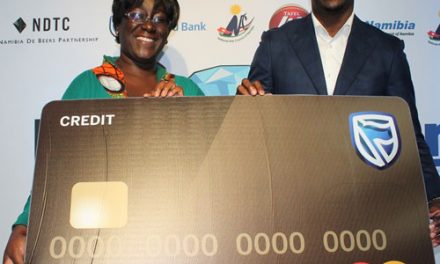