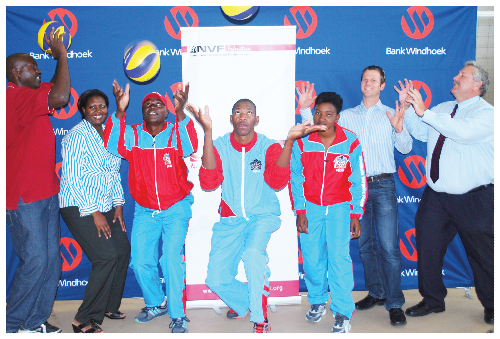 Bank Windhoek has announced a sponsorship of N$40,000 to the Namibia Volleyball Federation (NVF) to host the annual National Volleyball League Championship.  This league will now be known as the Bank Windhoek National Volley Ball League.
The sponsorship is split into two equal tranches to cover the Men’s and Ladies leagues.
The National league is scheduled to start on 28 April and will run until September, with the last match scheduled for 15 September.
The men’s league will be contested by six teams: UNAM, NDF, DTS, Khomas Nampol, SKW and Rehoboth.
The ladies league will be contested by 8 teams: Khomas Nampol, NDF, Revivals, DTS, UNAM. Eleven Warriors, Rehoboth and Polytech.
NDF Men and DTS ladies won the Doc Tournament last month, the first tournament of the year. The confidence from this achievement is expected to help them to a good start into the league.
The top four teams from the National league will qualify for participation in the NVF Cup which will be held in October. 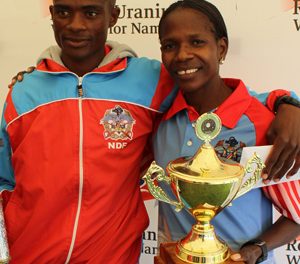