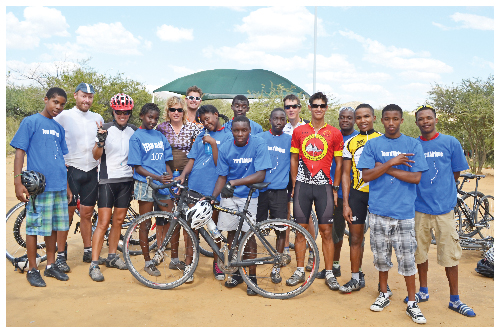 Eleven cyclists from the Physically Active Youth club met the Tour d’Afrique troop that arrived from Gobabis, on 25 April to promote cycling as an alternative means of transportation and  to support the only Namibian participant in the cycling adventure.
Each year since 2003, strong-willed men and women from all over the world have undertaken a journey of pedalling their way through Africa on a cycling journey lasting four months. From Egypt to Sudan, Ethiopia, Kenya, Tanzania, Malawi, Zambia, Botswana, Namibia and then finally ending in South Africa (Cape Town).
The only Namibian cyclist in the tour, 30-year old Alaric Britz said that although some countries like Egypt were hostile, and they got injuries as a result of children throwing stones at them in Ethiopia, the journey has been a  rewarding experience.
He said that he joined the tour because he wants to raise community awareness on cycling as means of transport as well as raise money for his cycling foundation.
One of their aims of this initiative is to give something back to Africa by raising funds for bicycle donations to community health and development groups and to raise consciousness about bicycles as an alternative and appropriate means of transport.
The 43-member team made up of both male and female cyclists complete stages ranging from 80 km on rough terrain to more than 120 km on paved roads. 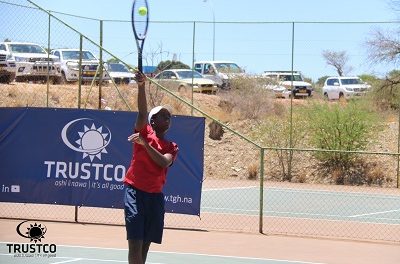 Junior tennis finals on this weekend