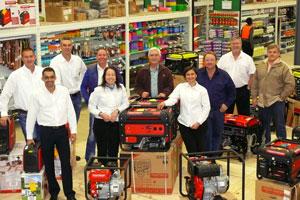 Agra has said that its newest and biggest branch, Agra Hyper, will be ready for the official opening on 19 August.

Agra Hyper, which opened its doors for business on Monday 20 July will be officially opened by His Honorable Minister, John Mutorwa of the Ministry of Agriculture, Water and Forestry on 19 August and the grand opening on 21 August.
On the day of the branch’s opening it was stocked with products to the value of N$28million, which included 3000 additional product lines. New product ranges include among other things, the DIY Depot; a paint mixing station; home décor items; an extensive range of hunting and outdoor products; power tools, electrical household appliances and lots of home ware.
The shop also had for the first time, month-end specials that are usually a big attraction at all Agra’s branches. With retail space of more than 8 000m², Agra Retail at Agra Hyper branch promises not to have the challenges that usually accompany the month-end bustle at other Agra branches.
The product and service offering outside the retail store in the feeds and licks store and the bulk storage yard is convenient.
A total of 52 truck loads, 35,360 bags of feeds and licks, of 1,768 ton were delivered before the opening as well as four containers with fencing material and steel and six truck loads full of salt rock and bags of salt. Building material and necessities such as door and window frames, bricks, sand, rock, cement, etc., and a variety of steel products in various shapes and sizes also form part of the product offering at Agra Hyper. Agra has also purchased three trucks and six forklifts in order to be able to deliver efficient customer service on the premises as well as after sales deliveries.
Agra Hyper said that they are currently having a large number of products on special promotion which will last until 19 August, exclusively to this branch, as well as the usual mid-month grocery specials.
Agra will also host its second farmer’s day promotion from 12–14 August where they promise huge special offers at all their retail outlets as well as at Agra Hyper, with additional supplier exhibitions at the new branch on Friday 14 August. According to Agra, a large number of clients have already had the opportunity to experience the magnitude of this new development since its soft opening on 20 July. Agra also said that this investment will become a prime destination for farmers and the general public alike and that it can be considered a very valuable contribution of Agra to this area of Windhoek.
The Agra Retail branch at Agra Hyper’s grand opening is on Friday, 21 August. Agra clients will then be included in the opening celebrations and treated with unbeatable prices on a variety of products from 20 August for a period of time, give-aways and various competitions. The opening will be shared with the whole of Namibia through outside broadcasts with Channel 7 on Friday, 21 August and NBC National Radio on Saturday, 22 August. 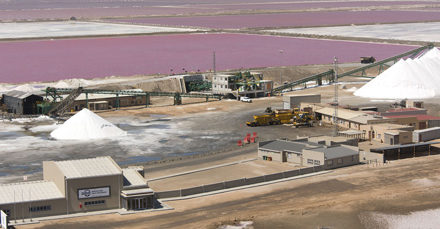 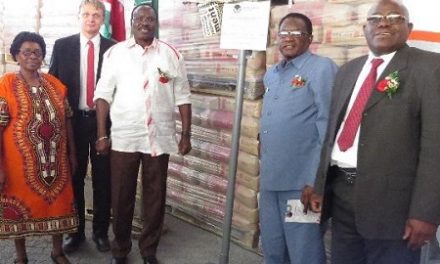 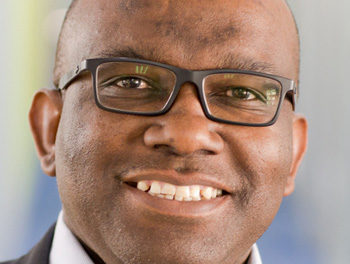