The future of the Okavango

The Okavango River that connects Angola, Namibia and Botswana, is one of the large lifelines of southern Africa but it is at risk from potential land use conflicts and loss of bio-diversity.

The project ‘The Future Okavango’(TFO), funded by the German Ministry of Education and Research, has made recommendations for action in answering some complex challenges of these risks such as accelerating climate change, commercialization, population growth, and land use change. The project report was released this week Monday.
The Future Okavango is an international and interdisciplinary project with 140 researchers from 32 universities and institutions working through the Polytechnic of Namibia. The findings of this research project headed by Prof. Dr. Norbert Jürgens and four other senior researchers launched the scenarios and recommendations for action at an event at the Polytechnic Hotel School.
By providing scientific knowledge on the socio-ecological system of the Okavango Basin with its variety of savannah woodlands and wetlands, insights are given on understanding the past and present practices of its inhabitants, that drive change in the river itself but also in its adjacent land areas.
Dr Michael Pröpper gave a presentation on the Development of Scenarios after conducting interviews with ninety Okavango residents in Angola, Namibia and Botswana.
In his conclusions, Dr Pröpper describes structured land use systems and identify the uncertainties that will most likely have the strongest influence on land-use in the Okavango catchment area.
He said that collaboration between the three countries is abandoned in favour of competitive utilisation of the river with each country individually promoting only its own economic benefits.
Dr Pröpper described it as a race for money as opposed to a race for green growth as OKACOM, the official Okavango Commission has a weak mandate.
Dr Gröngröft, another of the senior researchers, said there are major implications for the environment that require careful management as the Okavango Basin is still mostly intact while larger wildlife is strongly degraded.
Prof Jürgens also delivered a talk at the Namibia Scientific Society in Windhoek later in this week.
Developing new strategies, models and scenarios helped the researchers develop the ‘Final Synthesis Report’ which took five years to complete by all the researchers involved.
The talks gave an overview on climate and climate change, water availability and management, management of natural resources, agriculture as well as society and governance, each related to the Okavango Basin
To help maintain the functioning of the ecosystem, new models, scenarios and strategies will have to be implemented to safeguard the well-being of the Okavango-dependent population that is set to increase exponentially.
While supporting sustainable land use and resource management, the research proposes four alternative pathways for future development. 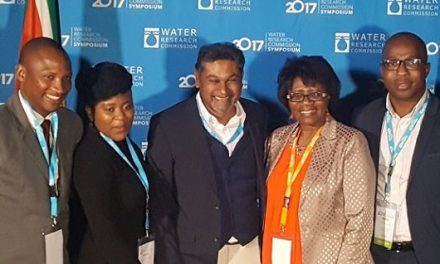 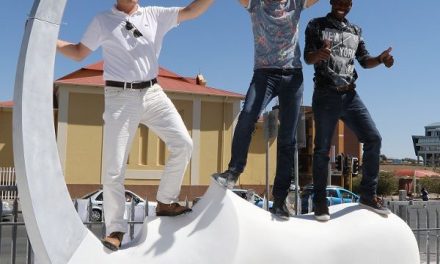 Fast-track the transition to a local Circular Economy (CE)