If you are a traveller to our beloved country, there are things that you won’t be told, but that you really, absolutely, do need to know about offroad vehicles.

Offroad vehicles, also known as ‘four-wheel-drives’ and ‘four-by-fours’, have changed a lot since the days when they came with four hooves. Nowadays they have a lot more horsepower, for instance. Almost every film and television programme on Africa features battered vehicles covered in mud. It makes the drivers look adventurous and tough, which is very good for the image. They can also take you places where other cars can’t go.
On the other hand, there are hundreds of funny stories about people who didn’t know how to drive or use them. The most unusual is about a man from Europe who was told that Mini tyres give better traction. He took the suggested measures, but couldn’t understand why he clocked up so many kilometers. Everyone was too busy laughing to tell him why. All of the other stories involve offroad vehicles being pulled out of strange places.
If you are a traveller to our beloved country, there are things that you won’t be told, but that you really, absolutely, do need to know about offroad vehicles.
Most people form their opinions about driving off the road by watching movies about the SAS in World War 2 or the movie ‘Ace Ventura: When Nature Calls’. If you want to begin understanding how to drive an offroad vehicle, watch the movie and never, ever drive like that. It is also useful to remember that when the SAS drove fast, it was because other people were shooting at them.
The new breed of offroad vehicle is built to be very fast and comfortable but this only holds true on freeways, urban roads and some of the better gravel roads. In every other form of terrain, 15 km / hour is regarded as dangerous. In fact, the safest way to drive an off road vehicle off the road is to get someone to walk ahead, point out the dangers and clear away the smaller obstacles. It might not be as fast as normal walking, but you will live to tell the tale and get all your luggage and equipment to wherever it is you are going with your chassis in working order.
The next thing you need to know about offroad vehicles is that they are rarely amphibious. You may think you can make it through a running river, but the river and the car may have a different plan for you. Some of the funniest offroad stories come with photographs of the tops of vehicles sticking out of the river, and these are just the ones from the suburbs of Windhoek. The river may be deeper than you think. It may also be faster.
If you want to drive an offroad vehicle in Namibia, you may want to get a course in offroad driving in the country from which you come. It won’t prepare you for driving in Namibia, but it will teach you the basics for offroad driving courses which you can attend in Namibia.
Once you have attended one of these courses, you will have had all the adventure that you wanted and you will have also realised that offroad driving should really only be used in case of real need or where you know someone will be able to see you and pull you out.
So why drive an offroad vehicle in the first place? For one thing it will have excellent road holding. It will get you through patches of sand and deep mud, if there is no other way around, and as long as you deflate your tyres slightly first and engage low range. Make sure you have a spade handy, just in case, and remember to inflate your tyres again, afterwards.
Of particular importance is that you should not drive anywhere that is not marked for the use of offroad vehicles. The damage that they cause to the environment can take centuries to repair. Many fragile ecosystems and natural wonders, the gravel plains of the Namib and the Horses’ Graveyard to name just two, have been badly damaged by irresponsible driving. The tyre tracks that you see in the Namib may be decades old.
Most of Namibia can be reached with a small sedan, but if you want that extra bit of adventure, please be responsible and drive carefully with your own safety and the environment in mind.

College of the Arts to host big choir bash 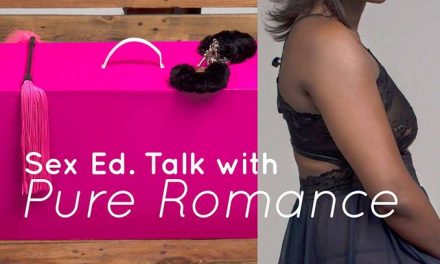