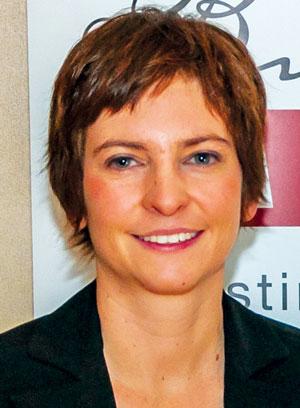 It is widely agreed that women’s style of doing business tends to differ from that of men, even though the distinctions are never clear-cut. But there is enough of a difference to suggest that the rise of female entrepreneurs is slowly changing the culture of the business world.

“Is it a change for the better, and can all business owners, male and female, embrace this change and benefit from it? Yes to all of the above,” said Eloise du Plessis, executive general manager of Business Partners.
She points to several positive traits that are discernible among female entrepreneurs, but which are by no means exclusive to them:
Multi-tasking is one of the most celebrated abilities ascribed to women. It comes in particularly handy in the early stages of business, when the entrepreneur has to wear several hats, from production manager, sales manager, chief strategist to administrator. Focus is good, but if you can multi-task effectively, you stand a better chance of surviving your start-up days.
Intuition is the undefinable, immeasurable sense that helps with decision making when cold facts are simply not enough. Everyone has it. Women are said to listen more carefully to theirs. Du Plessis said although technical analysis and figures are a crucial part of business decisions; they can lead entrepreneurs astray when they don’t pay attention to their intuition.
Prudence is a characteristic not normally associated with entrepreneurship. Rather, entrepreneurship is often wrongly seen as game in which risk-taking is everything. In fact, careful calculation, assessment and appraisal is just as much part of business success as the willingness to take risks.
Women tend to be more careful in business than men, said Du Plessis, to the extent that they are sometimes overly cautious. But there is no doubt that the success of female entrepreneurs has highlighted the importance of getting the balance right between overt risk-taking and caution.
Patience is linked to the trait of prudence and is extremely helpful to entrepreneurs who often have to get the timing of their ventures and plans just right in order to succeed. And then there are the difficult stretches in any business owner’s life where only patience and tenacity can stop them from throwing in the towel. The signs are there that the kind of patience traditionally attributed to women is helping them in the business world.
The ability to give careful attention to detail is also linked to a more cautious style of doing business. High-flying, fast-paced wheeling and dealing often ends in tears because some minor clause in a contract had been overlooked, or because a tiny flaw somewhere had spun out of control. The female approach to building business generally seems slower, with smaller steps, but also with fewer mistakes.
Few would argue against the phenomenon that women are generally tidier and more orderly than men, and make excellent administrators. Many businesses suffer from a lack of good filing systems, order in the workshop and well-kept schedules; some even fail to timeously submit their tax returns. It should come as no surprise that business women generally excel in this aspect of business.
Higher levels of empathy associated with women can have a profound effect on the way a business owner connects with people, and female entrepreneurs are putting it to good use by building stronger relations with their workers, clients, suppliers, partners and associates.
Anyone doubting that women are better at asking for advice need only think of the classic scenario of a couple lost on some driving trip, with the wife suggesting that they stop and ask for directions and the husband stubbornly continuing in the hope that he might stumble upon the right.
There are so many aspects to running a business that no one person can possibly know it all. Business owners often have to stop to ask for advice from mentors, consultants, suppliers, financiers, clients as well as other business owners. The fact that women are quicker to do so saves a lot of time and energy.
The emergence of female entrepreneurs has clearly shown that success is not dependent on a traditional male style of doing business, said Du Plessis. The evidence shows that businesses started and run by women survive just as well as male-run businesses.
But what about the super-league of entrepreneurship? Does the lack of female entrepreneurs among the empire builders such as Richard Branson or Mark Zuckerberg suggest only a male style of business will get you there? It is early days yet for women in the business world, but Du Plessis believes that emerging female role models such as Oprah Winfrey show that women can compete even on that level without losing their femininity.

Make innovation a habit and part of your daily routine