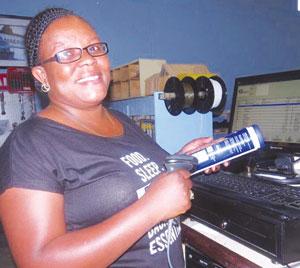 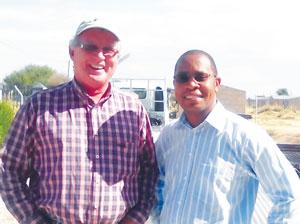 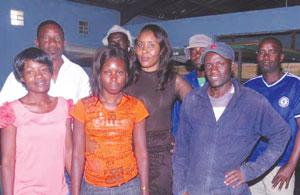 Owners, Chris and Venaani Kaputu with their team at Micro-to-Mega in Outjo.

This programme is run with German development assistance and institutional support from SME Compete.
Micro-to-Mega Okakarara is owned by Neil and Kaejanda McKenzie. They converted their welding workshop into a Micro-to-Mega branded semi-retail store with some add-ons for convenience. “Many people in town and nearby villages have benefited socially and economically from this venture. We have employed five people full time and regularly make use of temporary workers. Many people are using this opportunity to their advantage. I have seen people’s dwellings transformed from small mud or corrugated houses, to strong brick houses” said Mrs McKenzie.
In Uis, Anicia Brandt is co-owner of a very neat Micro-to-Mega store with Mr. Mike van der Meer. As a former town councillor, she was acutely aware of the need for building material and hardware supplies for the small Uis community and its surrounding farming community.
Since the store opened its doors in March 2010, Mrs Brandt has been managing the store, while van der Meer handles the daily transport and deliveries of goods. The store is popular for its animal feeds and medicine as well as gas refills.
Chris and Venaani Kaputu are a dynamic and energetic couple who opened their Micro-To Mega store in Outjo in 2013. A road construction project hampered them for several months. A Pupkewitz came to assist the Kaputus with training for the tills, to put prices on the shelves and on the products and to log the products on the system. This store deliver as far as Khorixas.
All Micro-to-Mega outlets offer the same products as any Pupkewitz MegaBuild branch across Namibia and make use of the sophisticated software to keep track of every item in stock or sold and to create quotations and invoices from the database. Owners not only receive training in basic bookkeeping and employee management, but are also exposed to handling of software systems at nearby branches of Pupkewitz MegaBuild. 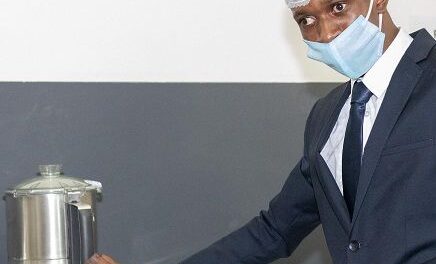 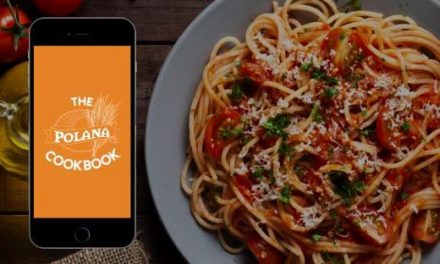 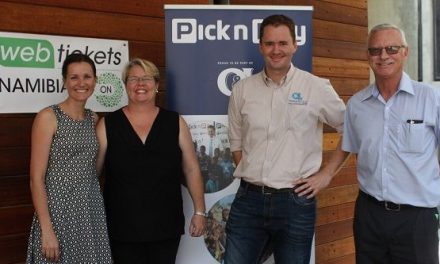