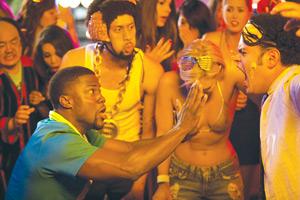 Doug Harris (Josh Gad) is getting married to the girl of his dreams. Gretchen Palmer (Kaley Cuoco-Sweeting), his bride-to-be, prompts him to round up his groomsmen for the big day. There is just one problem: Doug doesn’t have any friends, let alone a best man. Just when he thinks his high school years spent as a loser are revisiting him, he is referred to Jimmy Callahan (Kevin Hart), founder of Best Man Inc., who agrees to pretend to be Doug’s best friend and deliver a heart-warming speech at his wedding. There is one major clause in their agreement, however.

Jimmy is only willing to be Doug’s ‘best man for a price, but nobody’s friend when it counts’.  Doug will also need seven groomsmen to completely pull off the façade. This is a task that is almost impossible to fulfill in such a short period of time. But Jimmy delivers, rounding up his former friends. He recruits Fitzgibbons (Colin Kane), an escaped criminal who is quite the pervert. He then finds Lurch (Jorge Garcia), a plumber who would love to escape from his nagging wife. Reggie (Affion Crockett) works in airport security and agrees to go because weddings have good food. The four remaining groomsmen are chosen through a screening process where they are to showcase their ‘party distractions’. The men pick Kip (Alan Ritchson), a man with a six pack and a stutter, Endo (Aaron Takahashi), a short man with a receding hairline and three testicles, Bonstein (Dan Gill), who insists on dislocating his shoulder during every awkward situation and Otis (Corey Holcomb), who can repeat every word someone says, only backwards. In less than 14 days, can they all pull it off? The movie is funny, of course.  Kevin Hart has this way of making people laugh with a sense of humour that only he could come up with. I think that his presence in movies is so strong that sometimes it feels like he wrote the whole script himself. Also having Kevin Hart act alongside Josh Gad makes an interesting combination.
The two seem to marry their different shades of humour quite well. Jimmy Callahan is the confident smooth talker who can hustle his way in and out of anything, and Doug Harris is the awkward introvert with absolutely no swag, who needs quite a lot of help building up his street cred. Perhaps the development of the plot helps a little with that, since they are strangers, different in every way but for one reason or another need each other. It is interesting that Jimmy Callahan and his fellow fake groomsmen are just as strange and socially awkward as Doug. Perhaps Jimmy is the cool guy of the group but indeed, all they are, really, is a sprinkling of social misfits who belong only with each other. I also don’t think any of the main characters’ roles were eclipsed by any of the other characters, considering how many roles there were that stood out. Each character added some value to the movie in one way or another. However, some situations in the story did seem a little contrived. A lot of the jokes are funny, but they are old tricks pulled out of the hat intended purely to shock.  A lot of the time, even though I laughed, I felt like these things just don’t happen. For instance, there is a scene where poor Grandma Palmer is accidentally set alight at the dinner table. Our eyes have been victims to scenes like this in many movies over the years. How many times can one laugh at the same joke? The dialogue is written and acted out quite well, though. However overwhelming some of the scenes are, I think that the natural dialogue helps to keep the film from reaching intense slap-stick levels. I do feel like the movie throws a lot of sexist bits in that aren’t necessary – not saying that sexism is ever necessary. I am fully aware that brash political incorrectness is what we love most about comedians but I prefer humour that encourages the slapping of knees without having to resort to slapping women’s butts. I also found the plot to be a little predictable in places where I guess they were going for shock value. But, well, it wasn’t too bad. The predictable turns were still enjoyable and served their purpose; to entertain. If you’re watching the film for heaps of laughter, you will not be disappointed. It does have several punch-lines that are  swift and strong. But be warned; if you’re like me and you prefer non-animated comedies to be a little more realistic, you might get bored of laughing. To better explain this, I would say watching The Wedding Ringer was like going to an ice-cream parlour on payday. I was glad that I got to eat all of that ice-cream, but I came out feeling like I had enough to keep me content for a very long time. 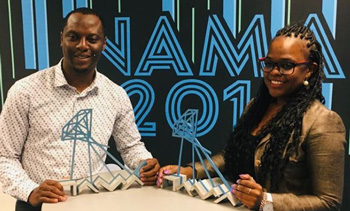 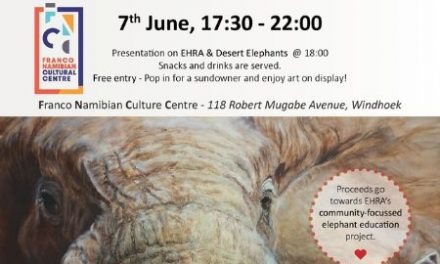