The City of Windhoek released a statement yesterday to inform its residents that the Windhoek Crematorium which broke down on 15 December 2014 will remain out of order for an estimated period of four months.
The delay is attributed to severe damage to the crematorium and some of the damaged parts required can only be sourced from outside Namibia.
The public will be informed once the crematorium is ready for operation.

While apologising for the inconveniences caused, the City of Windhoek said it remains committed to delivering efficient and effective municipal services that will enhance the quality of life of all residents.
The Crematorium also broke down in the beginning of 2014, and some repair work was done on it.
With the rate of cremations now picking up, any breakdown leads to a backlog, which disrupts the service provision.
The crematorium is situated at the Gammams Cemetery and was completed in 1975, while the first cremation took place on 26 April 1976. An average of 40 bodies are cremated every month. In July 2014 the City recorded the highest number of cremations with just over 100 cremations taking place.
An increasing number of people choose to be cremated citing cost as an important factor and with cremations becoming popular how will the City deal with a backlog? The City said they ordered a new furnace last year from a supplier in Germany, and they had planned that the old one will serve as backup, to further help alleviate cremation backlogs.
Cremated remains that do not constitute a health risk can be buried or interred in memorial sites or cemeteries, or alternatively relatives may keep the remains or disperse them in various ways.
The City has previously emphasised that people should not regard cremation as an alternative to a funeral, but rather an alternative to burial. 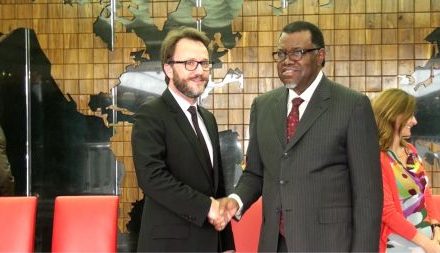