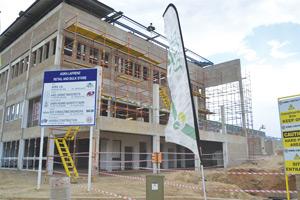 Opening soon: Agra’s flagship Lafrenz headquarters and new branch are scheduled to be handed over from the contractor to Agra come March 2015, with the official opening taking place in May 2015.

With Agra’s main market being the agricultural sector, the former cooperative has deliberately started to invest in other ventures even with a healthy bottom line of N$8.8 million in a period CEO Peter Kazmaier described as frustrating. Agra Board Chairman, Ryno van der Merwe echoed the sentiments of Kazmaier after the release of the financial results for 2013/14 describing the company’s future as profitable while, in the mean time, carefully calculating its expansion strategies.Agra spokeswoman, Abelene Boer clarified Kazmaier’s statement in which he refereed to the fact that the Auas Valley Shopping Mall upgrade was not completed on time. “Our tenants had to trade while building activities were carrying on, and that our customers could not be offered an unhindered shopping experience. Delaying a project of such magnitude has direct negative financial consequences which gain causes frustration.” Boer explained.

Agra also added major upgrades and additional development to its 4500m² Opuwo retail branch.
Boer emphasised that other operational divisions performed well and contributed to the positive financial results.
She said that these new investments will generate more revenue, mentioning that interest charges in the first few years have a bigger impact than closer to redemption. “We are confident that an improvement in the debt to equity ratio will be achieve towards the end of the financial year” she responded.
Agra’s livestock division ;posted an increase of 10% despite the number of animals marketed staying the same year-on-year. This was on the back of higher unit prices.
Turnover from the livestock business grew to N$31.7 million from N$28.8 million. The net operating surplus before head office costs of the livestock division decreased from N$6.0 million in 2013 to N$4. 7 million in 2014. “[We will] ensure that economies of scale are utilised fully with increasing turnover, and broaden the base of our activities by investing in non-agricultural dependent ventures,” Boer said. 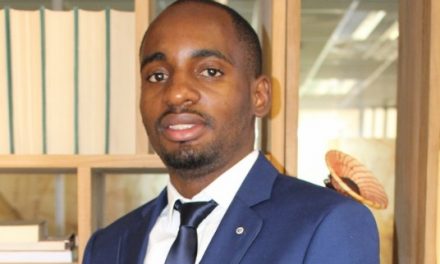