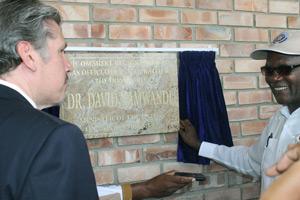 Gobabis residents are astounded by the splendour of the new Omaheke regional library that was inaugurated in the last week of November. The modern library cost N$167 million to construct and took just over two years to reach completion. The design and the stock of material both indicate its status as a centre of excellence in education.

The Omaheke resource centre is the last facility funded by Millennium Challenge Account Namibia  (MCA N). Another two resource centres were built at Oshakati and Helao Nafidi. The new centres provide an alternative to the one-room community libraries which have insufficient space to meet student and learner demands, as well as insufficient collections of material to support secondary and distance students. MCA N CEO Penny Akwenye said her organisation was proud to officially hand over the last Regional Library to the Namibian people and urged members of the community to make use of the facility. She said communities who live in remote areas had not been forgotten as they will be served by the mobile library units, which are equipped with books, computers and television screens. “Enjoy the great opportunities and exciting learning experiences these facilities offer – now and in future,” Akwenye told the large crowd of Omaheke residents that gathered to witness the inauguration ceremony. Regional Governor Festus Ueitele said the library will go a long way to address the high level of illiteracy and unemployment in Omaheke.Historian, Alex Kaputu, described the library as a “dream come true”. 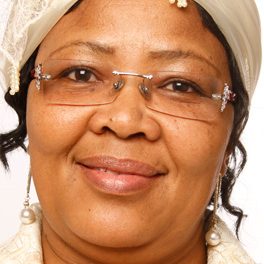 Young Rotary leaders and entrepreneurs on the rise