TransNamib’s turn around on track

To address the urgent needs of the fuel and mining industry for additional rail capacity, TransNamib is happy to announce that 3 of these locomotives should be ready for service in December with another 4 to be repaired in TransNamib’s workshops before the end of January 2015. The delivery and repair of the remaining locomotives will proceed in a steady stream of 3 to 4 locomotives a month to the end of April 2015.TransNamib announced that significant resources and energy will be dedicated towards heavy repairs, maintenance and upgrade of the rail infrastructure in order to ensure that our rail network is fit-for-purpose. 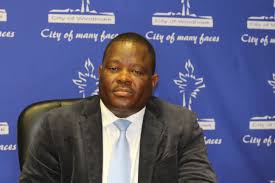